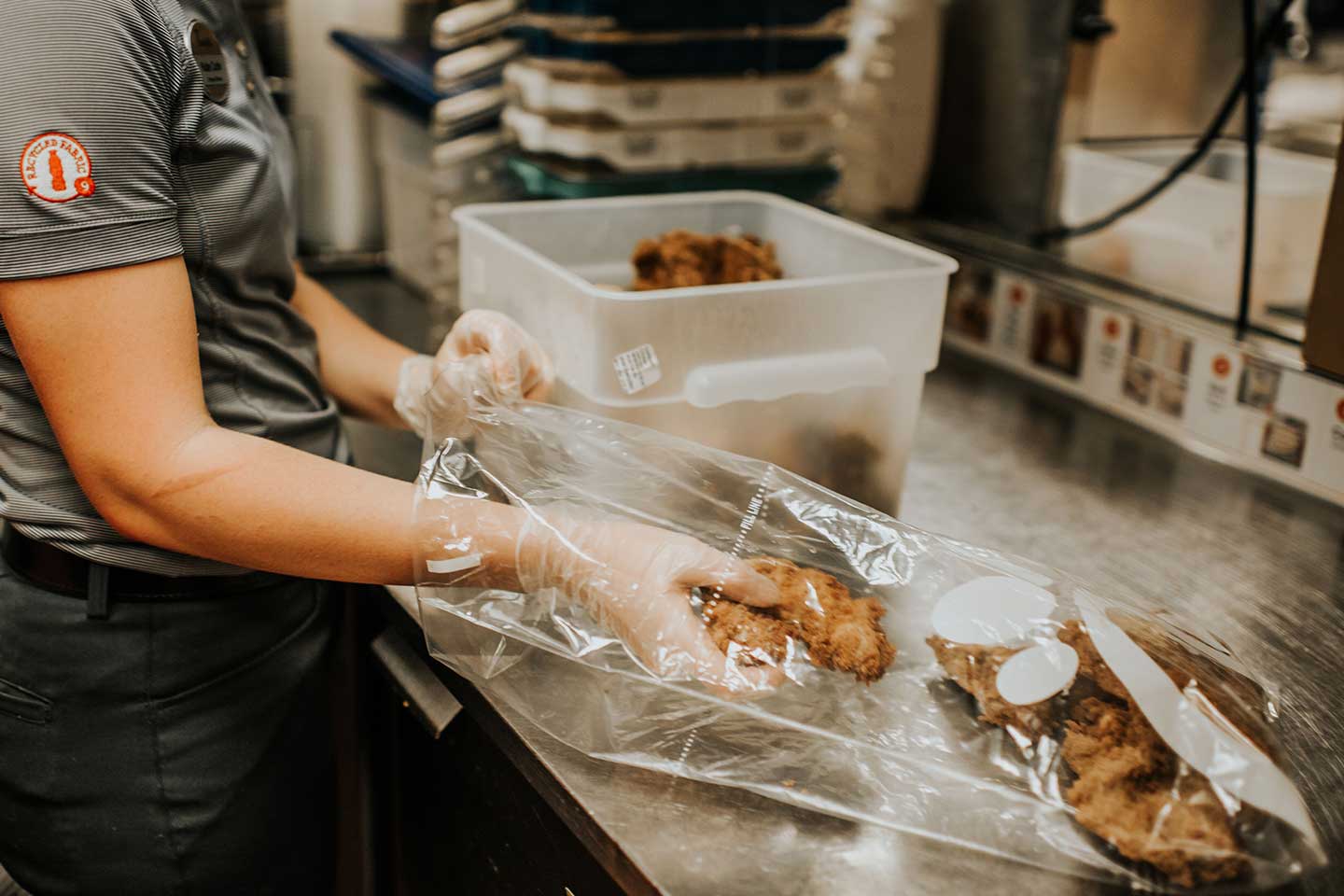 Chick-fil-A started Shared Table in 2012 in an effort to make use of surplus food in restaurants, while also meeting a need in the community. Today, more than 1,000 Chick-fil-A restaurants take part in the program, which continues to grow each year. With the help of Food Donation Connection, Shared Table bridges the gap between Chick-fil-A franchise Operators and local agencies like shelters, soup kitchens and charities. After Chick-fil-A Team Members package and send the surplus food, the organizations then are able to incorporate into the meals they serve weekly. 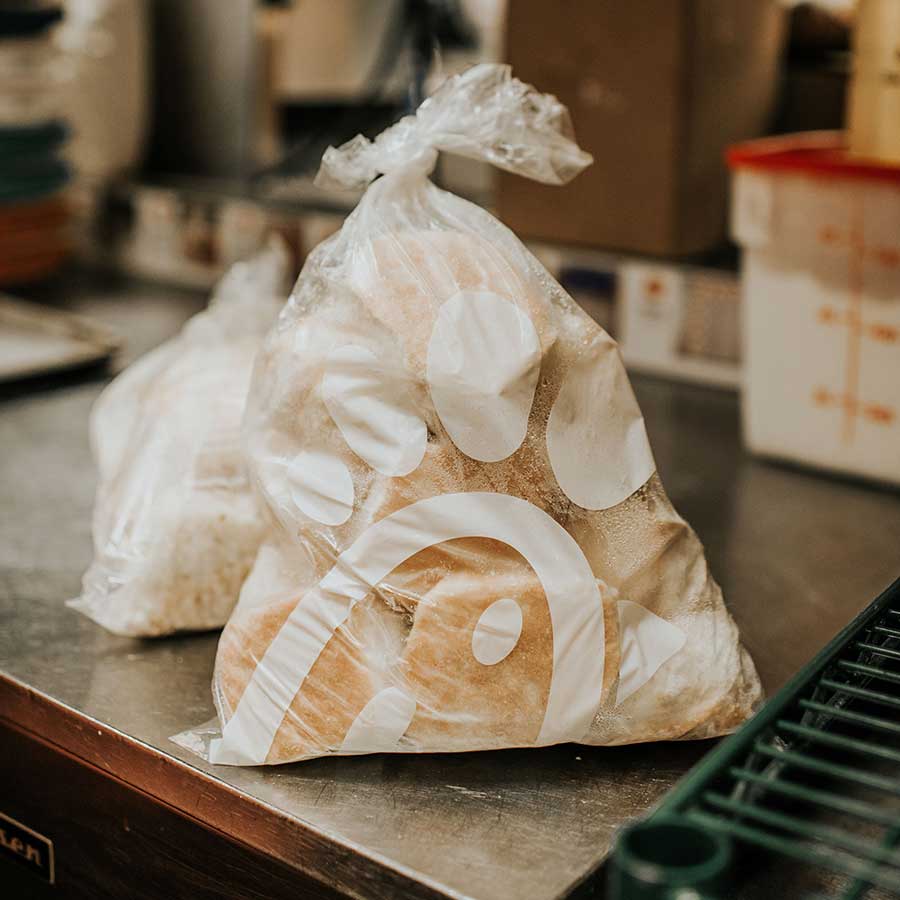 To date, our partner organizations have served 3 million meals to those in need from food donated through the Shared Table program.

Steve Lowery, local franchise Operator of Chick-fil-A Glenstone in Springfield, Missouri, first heard about the program at an annual company conference and knew it was the perfect solution to his concern about minimizing food waste at his restaurant.

“We have food every week that’s not benefiting anyone,” says Lowery. “Through Shared Table, we’re able to get that food to people who can really use it.”

Lowery says that about 80 percent of what would have gone unused in his restaurant can now be distributed through the Shared Table program, including chicken, eggs, biscuits, salads and wraps.

At Chick-fil-A Westgate Mall in Spartanburg, South Carolina, local franchise Operator Will Lane shares a similar passion as Lowery. He describes the Shared Table program as “giving new life to the food that would otherwise go to waste.”

“The collective impact of Shared Table is immeasurable,” says Lane. “It’s more than the number of meals served – it has a visibly positive impact on everyone who is involved.” 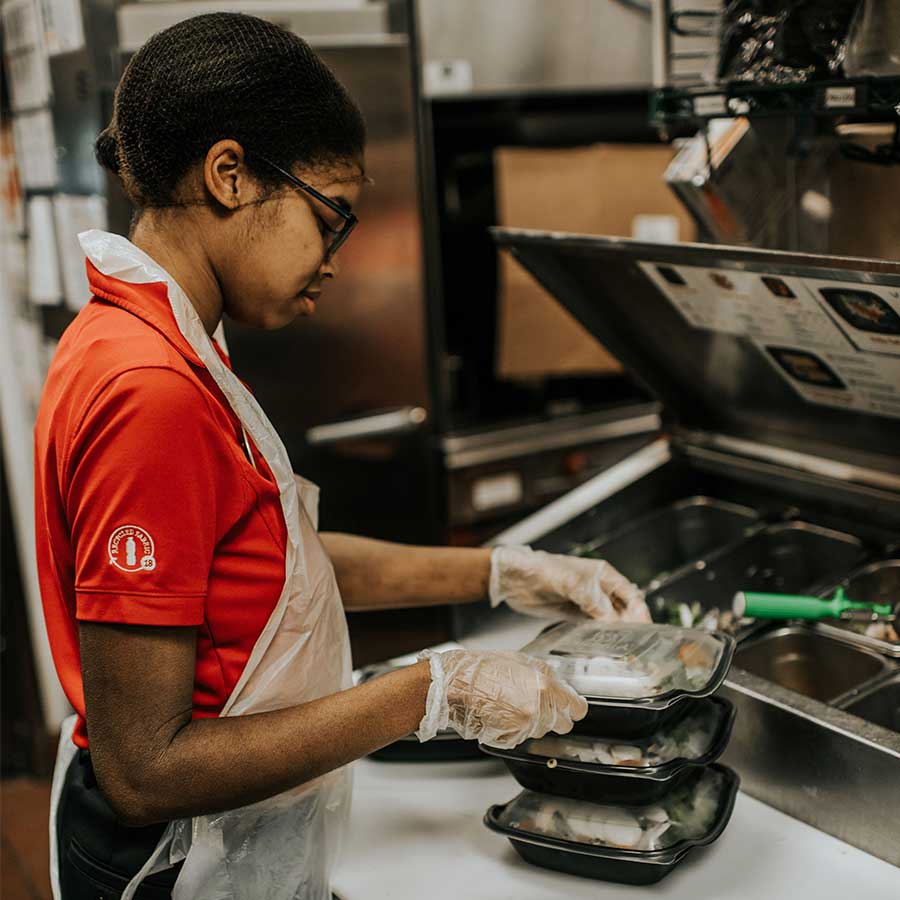 “Chick-fil-A’s Shared Table is one of the tangible ways we can have a positive impact on both the environment and the communities we serve,” says Rodney Bullard, vice president of Corporate Social Responsibility for Chick-fil-A, Inc. and executive director of the Chick-fil-A Foundation.

In addition to donating leftover food, Chick-fil-A restaurants also use a “cook less, more often” approach to reduce or eliminate the amount of food that goes unserved. This includes cooking chicken throughout the day and preparing salads frequently, so that restaurants are serving guests the freshest food possible while also reducing food waste.

Local restaurants across the nation also take individual measures to lessen their negative impact on the environment. A number of Chick-fil-A Operators have piloted back-of-house composting programs, including Operator Shane Todd in Athens, Georgia. Todd has partnered with Let Us Compost to pilot a composting program that has collected 144,000 pounds of food waste from his two restaurants since 2017.