Today, Sept. 16, 2021, Chick-fil-A, Inc. announced that Andrew Truett Cathy will assume the role of Chief Executive Officer on Nov. 1, 2021. Andrew, 43, will succeed his father Dan T. Cathy, 68, who has served as CEO since 2013. Following the CEO transition, Dan will remain Chairman of the Board, and Tim Tassopoulos will continue as President and Chief Operating Officer. Andrew has been Executive Vice President of Operations since 2019. 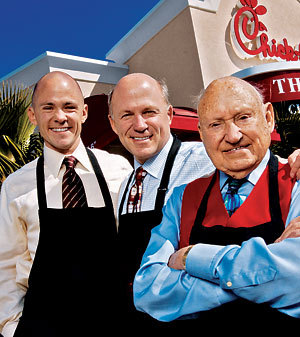 “The most successful CEO transitions are made when the next leader is ready to lead. I have every confidence Andrew is ready,” said Dan. “As a privately held, family-owned business, Chick-fil-A is able to look at succession through a longer lens and approach a transition like this in a thoughtful and coordinated way. While rare in business today, deliberate, long-term succession planning provides us with stability and continuity at a time of tremendous opportunity.”

Andrew will be only the third member of the Cathy family to lead Chick-fil-A in its 54-year history. He grew up with Chick-fil-A, learning the business and being prepared for leadership by his grandfather, Founder S. Truett Cathy, and his father, Chairman and CEO Dan Cathy. During Dan’s tenure, annual revenue at Chick-fil-A has grown from roughly $1 billion to $16 billion.

Andrew began his Chick-fil-A career in 2005, serving two years as Operator of the Tyrone Boulevard Chick-fil-A in St. Petersburg, Fla. In 2007, he joined the Support Center Staff as a Franchisee Selection Consultant. After subsequently leading Franchisee Selection, Andrew became a member of the Executive Committee in 2015 and was named Chief People Officer in 2016. He has Served as Executive Vice President of Operations since 2019.

“With extensive experience in our restaurants and multiple Support Center functions, Andrew is a proven Chick-fil-A leader who understands our culture and knows our business,” said Dan. “He is committed to ensuring the future of Chick-fil-A as a healthy, multi-generational family business, and we are excited about the opportunities ahead under his leadership and vision.”

Andrew added, “Over the years, I’ve been fortunate to work with and learn from so many Chick-fil-A Operators and executive leaders, including my dad and grandfather. I look forward to continuing to work closely with our great Operators and Staff as we continue to have a positive influence across the communities we serve as a purpose-driven company and one of America’s most trusted brands.”

Announcing the pending CEO transition in a morning meeting with Chick-fil-A Operators and Staff, Dan noted that the decision was coming from a position of strength, adding that the change was not about him. “I’m in excellent health, I continue to love this business and all of you with all my heart, and I’m as energized as I’ve ever been about Chick-fil-A and our shared future,” Dan said. “Instead, this CEO transition is about Andrew and his readiness to lead us forward.” 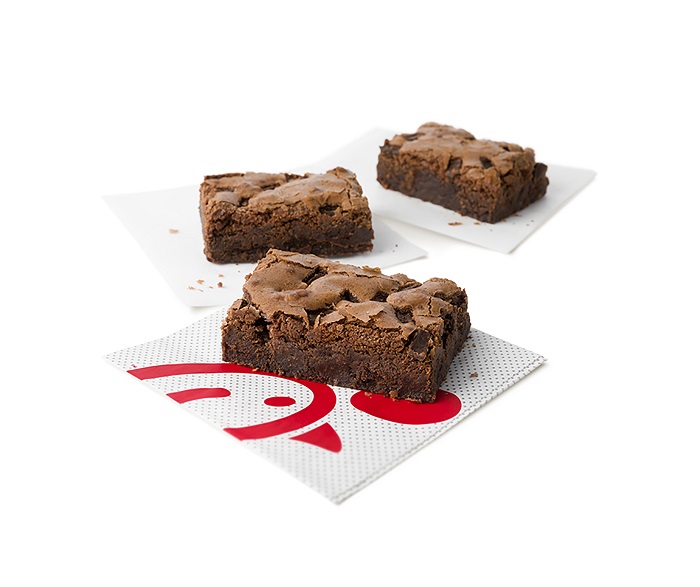 6 reasons to add the Chocolate Fudge Brownie to your order

Our Chick-fil-A Chocolate Fudge Brownie is a decadent dessert treat with rich semi-sweet chocolate melted into the batter and fudgy chunks, available individually and by the tray. Here are five tempting reasons why you’ll love the new brownie.