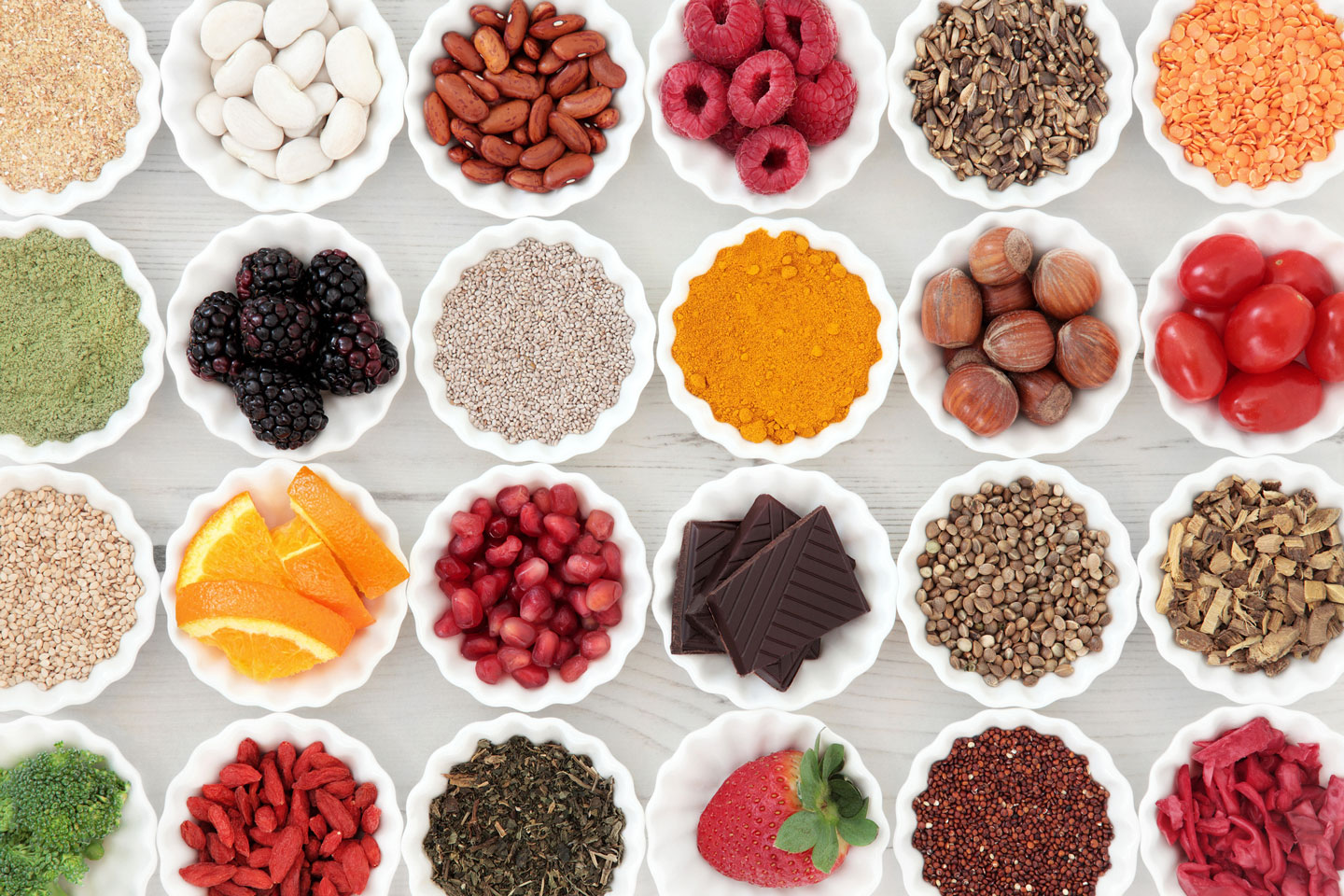 Experts agree on their nutritional value, and little else

The term “superfoods” has been a buzzword of late. According to Google Trends, the search term has risen steadily over the past five years, doubling in popularity since 2011. Influencers tout their benefits, and Dr. Mehmet Oz trumpets them on his show. Headlines like Celebrity Superfood Secrets have become ubiquitous in magazine glossies.

But despite the hype, the definition of “superfoods” remains elusive. Sure, we know they’re good for you. But do they describe foods that are rich with Omega-3 fatty acids, like salmon? Protein-packed foods, like eggs? Iron-infused leafy greens, like kale?

“Everyone’s trying to look for a magic bullet for health”

The answer is: all of the above. “Ask ten people the definition of superfoods and you’ll get ten different answers,” says Kathleen M. Zelman, an award-winning nutrition journalist based in Atlanta, who has served on several professional health advisory boards.

In other words, the definition of superfoods is not backed by science. But for some health experts, that’s not a bad thing.

One reason has to do with reaching consumers without rigid restraints. The term “organic,” for example, is subject to rigorous regulation by U.S. Department of Agriculture. By contrast, the term “superfoods” has no formal regulation; it can be used on food labels, provided that the label is “truthful and not misleading to the consumer,” according to a spokesperson for the U.S. Food and Drug Administration.

With that in mind, consumers don’t need to pay premium prices for organic goods to feel like they’re eating healthy, as it should be a personal choice, says Zelman. “There is value to the word superfoods,” says the nutrition journalist, who has used the term in her writings. “It helps alert consumers, ‘These foods are good for you. You should pay attention to them.’”

But the word has detractors, too. One critic, Atlanta-based dietitian nutritionist Ann Dunaway Teh, says the term “superfood” connotes elitism, which can be a turnoff to average consumers.

“People think a superfood has to be something exotic, and it doesn’t,” says Teh. “People just need to eat more everyday vegetables like broccoli and sweet potatoes. They don’t necessarily have to go buy super-expensive foods like Açaí and Goji berries. There is a disconnect.”

It’s true that many foods anointed with superfood status were once staples of other countries before making their way to the U.S. market. The grain-like seed quinoa, for example, was grown in the Andes Mountains 5,000 years ago, valued by the Incan civilization. Goji berries hail from China. Chia seeds were born in Central America.

Such far-flung origins of the hottest superfoods allow marketers to tap into their cultural mysticism. “Everyone’s trying to look for magic bullet for health,” says Teh, explaining the emergence of the term as a catchphrase.

Despite differences of opinion surrounding what belongs in the superfood category—some health experts include meats, for example, while others do not— there is general agreement on the word’s basic element: nutrient density. In addition, dietitians agree that a superfood should pack a punch of vitamins and minerals, and contain few calories.

Beyond those essentials, the most popular element to a superfood is arguably the presence of antioxidants—molecules that fight free radicals in the body, which can damage cells and cause chronic disease. Blueberries, which are loaded with antioxidants and promote memory, are considered by some to be “grandfather” of the superfood craze. Other experts cite Omega-3s, probiotics and polyphenols as fundamental superfood ingredients.

What are the “purest” superfoods? Depends on who you ask. Kale, quinoa and berries are among the most commonly cited. And while some experts limit the superfood list to 10 or so uber-healthy eats, others expand it to as many as 100. (For example, did you know that dark chocolate could be considered a superfood? How about cinnamon?)

The exact origin of the word “superfoods” is not known—some nutritionists source it back to a century ago. But the word began to skyrocket within the English lexicon a decade ago, following books like Superfood Rx, published by Dr. Steven Pratt in 2004, and Superfoods: The Food and Medicine of the Future, published in 2009.

Pratt described the term superfood as having three essential qualifications: that it be publicly available, contain nutrients that enhance longevity, and provide health benefits that are backed by peer-reviewed science. Superfoods, he said, prevent and, in some cases, reverse the effects of aging, including cardiovascular disease, Type II Diabetes, hypertension and certain cancers.

What Superfoods Are Right for You?

Over the last few decades, Americans have progressed in adopting healthy diets, but there is still plenty of room for improvement—particularly when it comes to fruit and vegetable intake. More than two out of three adults are considered to be overweight or obese, according to the National Institute of Diabetes and Digestive and Kidney Diseases.

There has been little change over the past five years in America’s appetite for fast-food. According to the most recent U.S. Dietary Health Guidelines—a joint report published every five years by the U.S. Department of Health and Human Services and the Department of Agriculture—American adults get about 11 percent of their daily calories from fast-food restaurants.

In recognition of that statistic, many chain restaurants are adapting their menus to be increasingly nutrition-oriented. Most nutritionists are adamant that average consumers shouldn’t have to fork over $20 for a pound of salmon at a gourmet grocer to ensure weight loss or overall health. “If you want to eat healthy, you can eat almost anywhere,” says Zelman. “Big chains are starting to fall into place by offering healthy options.”

The restaurant, says Zelman, is doing “a fabulous job” in changing attitudes about fast-food. “Chick-fil-A has a nutritionist on staff, and they’ve helped people see that eating healthy is delicious.”

Top 5 Food Trends for 2016, According to Bon Appetit's Andrew Knowlton

It’s no secret that Americans are spending more time inside the office, more time on their mobile devices, and less time outside. As a matter of fact, Americans work some of the longest days of any industrialized country and spend a staggering 11 hours per day on average in front of a screen. 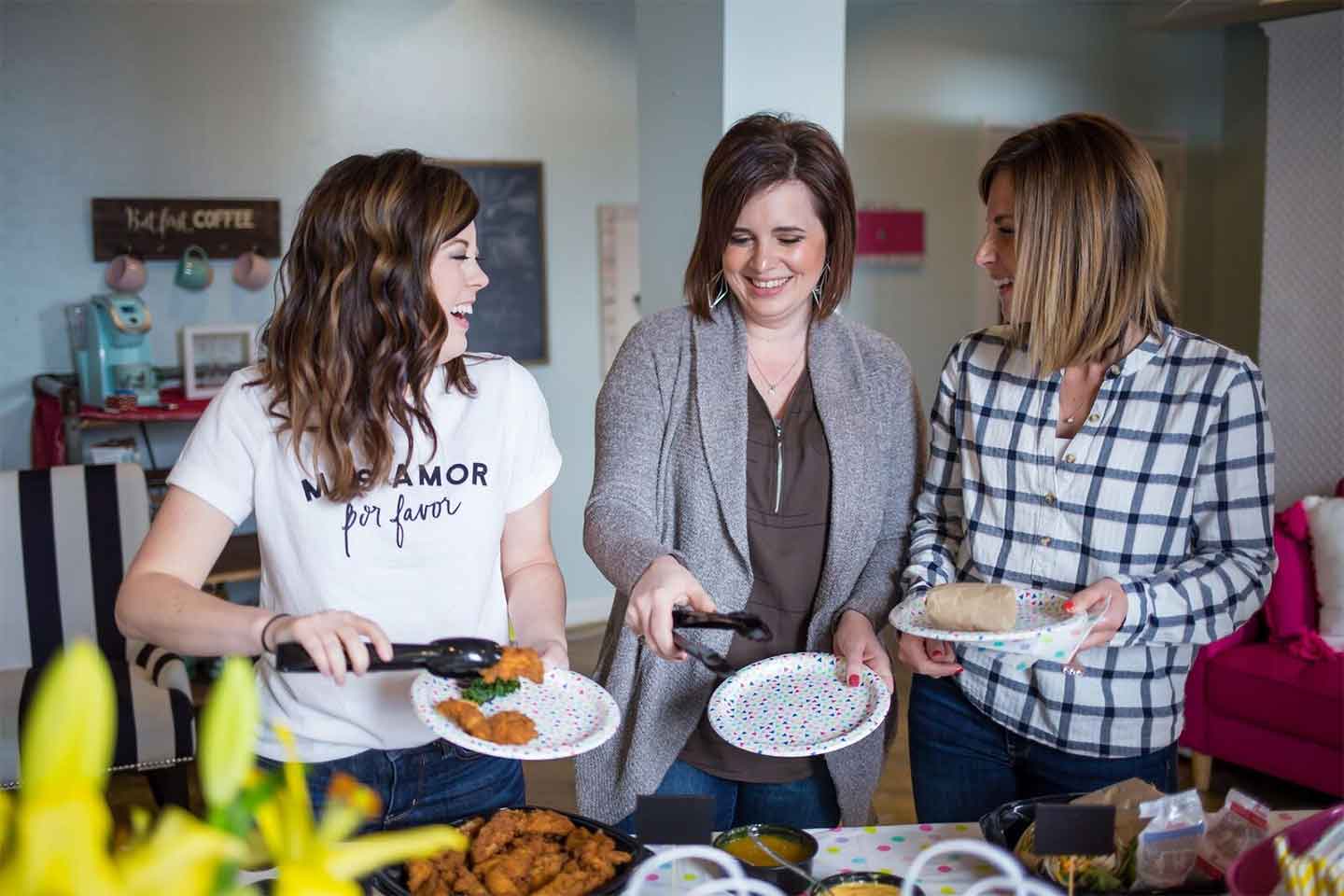 Living In Yellow: Simple Ways to Show Coworkers You Care

I'm always looking for unique ways to show how much I appreciate my staff – and saying “THANKS!” as they head out the door at 5 o’clock can only go so far after a while. So, this time, I wanted to do something a little different and fun.