Smoky, seasonal favorite returns to the Chick-fil-A menu for summer

Christy Cook distinctly remembers the moment when she knew her newest collaboration was a success.

Standing in a Chick-fil-A in Charlotte, North Carolina in 2015, she watched customers and Team Members alike rave about a menu item being tested: the Smokehouse BBQ Bacon Sandwich. It was a new take on the Grilled Chicken Sandwich, and she says no one could get enough of it or the Smokehouse BBQ sauce that tops off the ingredients.

“People were eating the sandwich and asking for little cups of the sauce so they could either add more to the sandwich or dip their Waffle Fries in it,” Cook recalls of the excitement around the new sandwich. “They loved the black pepper brown sugar bacon on top and wanted to buy it on its own, with the sauce.”

That successful test led to the Smokehouse BBQ Bacon Sandwich being added to our menu nationwide in 2017, when its popularity soared. And this summer, we’re bringing it back to the menu again for a limited time.

Pulling together a savory, summer treat

Cook collaborated with renowned Atlanta chef Ford Fry to create the Smokehouse BBQ Bacon Sandwich, which is Chick-fil-A’s only seasonal sandwiches. They both knew the sandwich needed a bun hearty enough to hold its ingredients. For that, Cook and Ford turned to Highland Bakery in Chicago to craft a sweet yeast bun, reminiscent of a Hawaiian sweet roll, that was delicious and up for the challenge of holding all the toppings.

To craft a unique BBQ sauce for this sandwich, Fry turned to his Texas upbringing.

“I made a lot of trips to the hill country where black pepper was really, really big as a seasoning,” Fry said. “I wanted the BBQ sauce to have a little bit of bite, along with a smoky flavor.”

Working with Cook, the duo fashioned a tangy BBQ sauce called Smokehouse BBQ. It meshes the smoke flavor with the tanginess of a vinegar sauce to create a one-of-a-kind condiment.

The black pepper brown sugar bacon, one of the most savory components of the sandwich, has a smoky sweetness that Fry created himself.

“I love the effect the Smokehouse BBQ sauce has on the hot-off-the-grill chicken,” said Cook. “In that first bite, you get the sauce and the cheese all melting into the bun. The texture is important too, so when you combine all of it with the crunch of the bacon and the lettuce, it just makes your mouth water.”

A sandwich worth the wait

Like all of Chick-fil-A’s menu offerings, the journey from concept to menu fixture can be a long one. Cook said the collaboration with Fry on the Smokehouse BBQ Bacon Sandwich began in 2014 before ultimately undergoing the test in Charlotte in 2015.

But the sandwich was worth the wait.

“This sandwich just comes together and works perfectly,” said Fry. 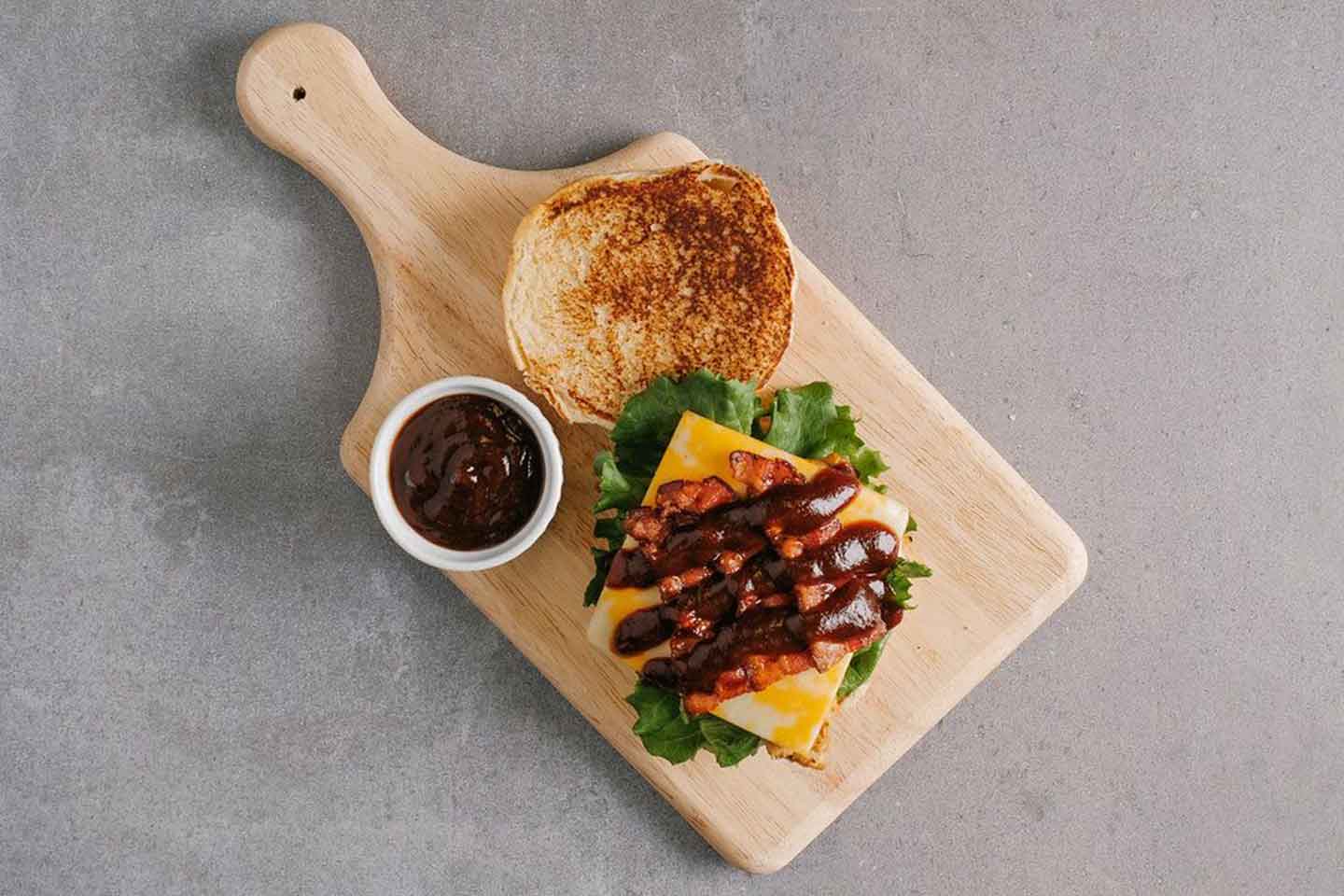 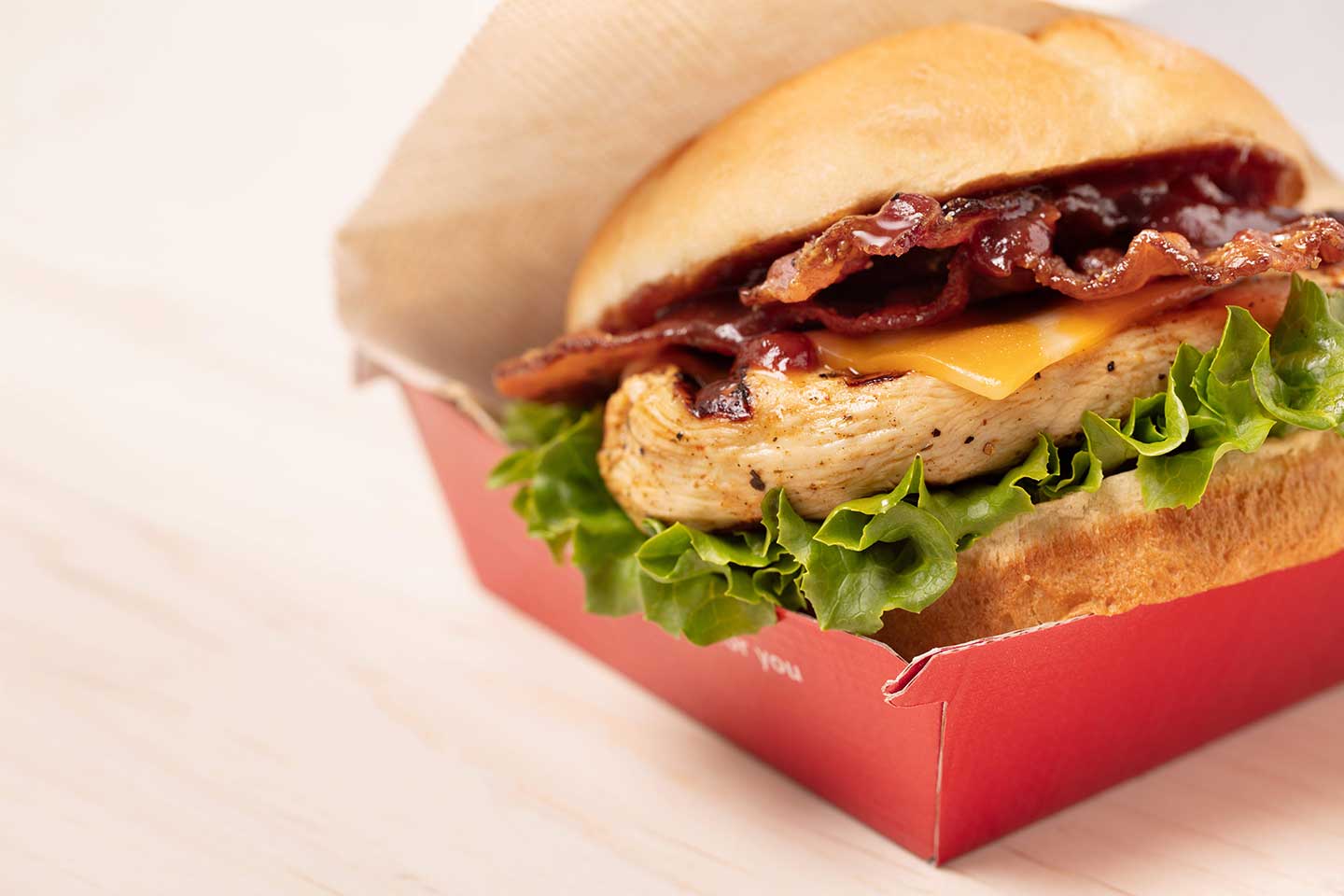 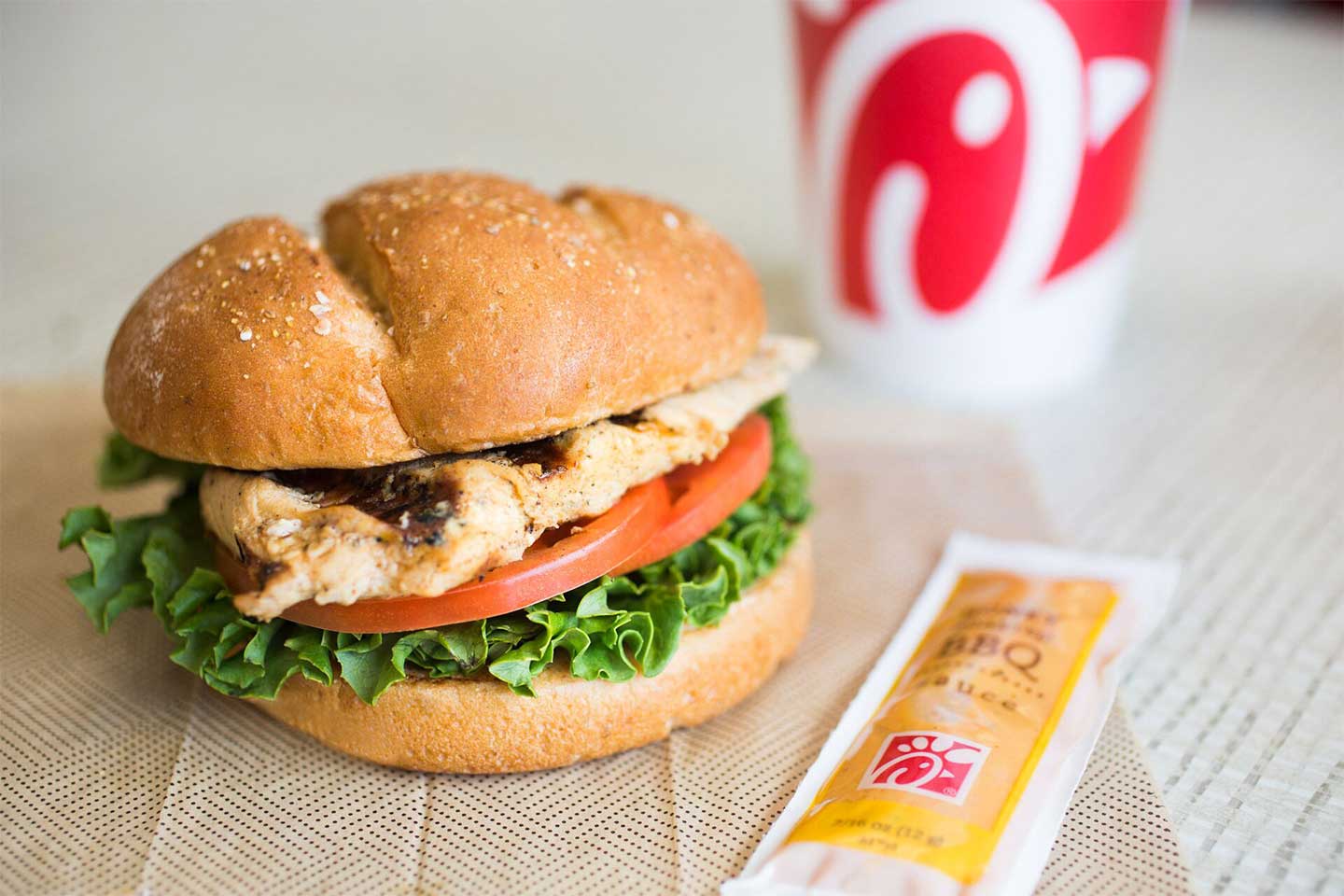