These co-valedictorians are dreaming of a bright future

In their pursuit of a better life, identical twin brothers Fernando and Ismael Fuentes have repeatedly been told what they couldn’t do.

Once, Fernando was told by an academic counselor that he’d never make it past community college. Similarly, a professor told Ismael that it would be nearly impossible for a person of Mexican descent to achieve financial success.

Despite these challenges—and on top of them having to learn an entirely new language upon arriving in the U.S. at the age of seven, and later attending five different high schools—they finished as co-valedictorians of their high school and were accepted into the University of Texas-Dallas.

With a pattern of achieving things together, last year they both became Team Members at the Prestonwood Chick-fil-A restaurant in Dallas, Texas.

Fernando and Ismael both have a passion for creativity. Fernando is pursuing a bachelor’s degree in arts, technology and emerging communication (ATEC) with a focus on design, while Ismael is working to become an animator so he can pursue a career in architecture and interior design.

“Their primary goal is to give back to their parents for the incredible sacrifices that were made so they could have an opportunity at a better education,” said Curt Kelly, Franchise Operator at the Prestonwood Chick-fil-A.

The brothers’ remarkable persistence paid off when Kelly surprised them with news that they had each been selected to receive Chick-fil-A True Inspiration Scholarships, the first siblings – let alone twins! – to receive the award. They join a group of 11 other Team Members nationwide who will receive the $25,000 scholarship. Each scholar has demonstrated leadership, academic achievement, community involvement.

Watch the video to see how the twins reacted to receiving the news! 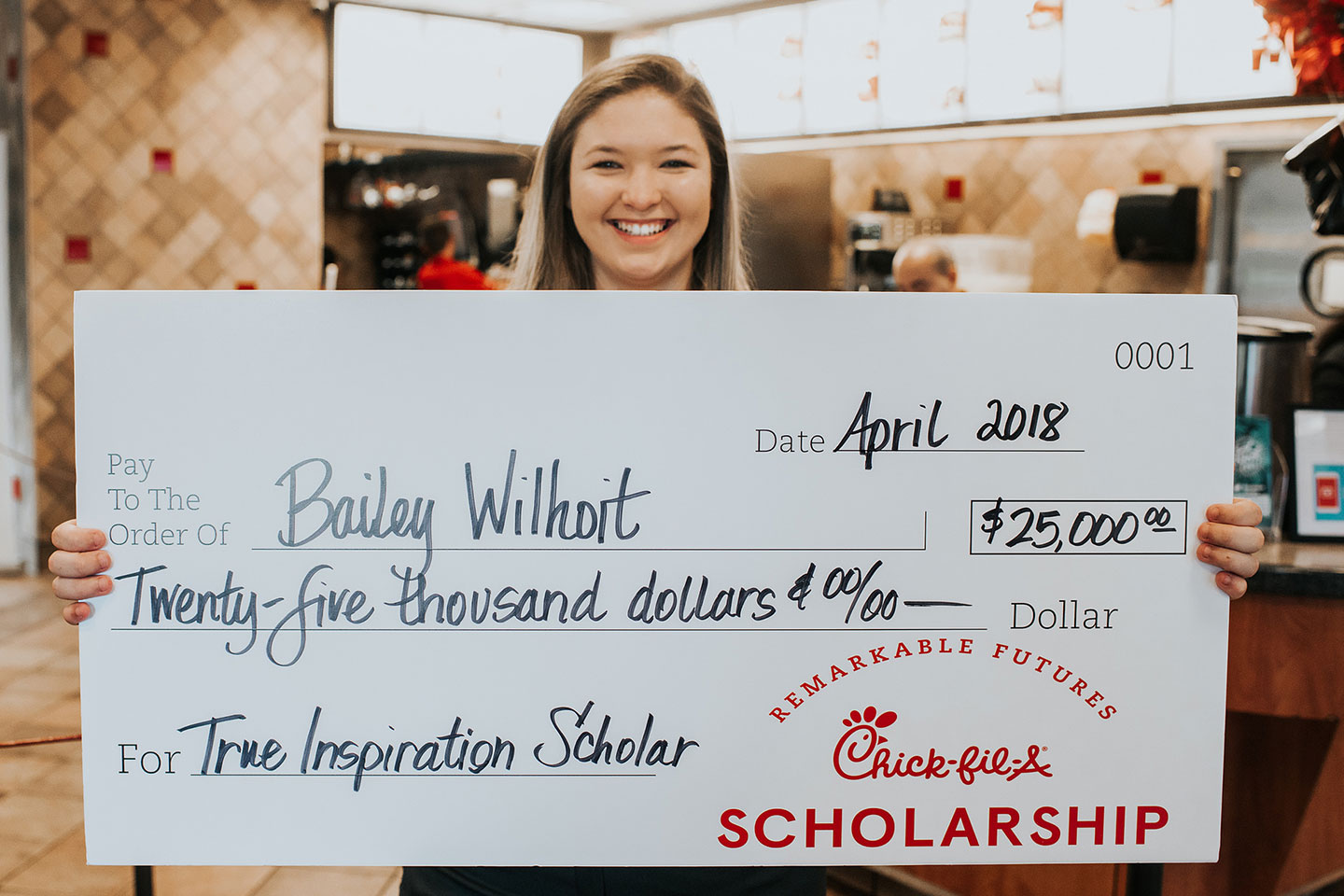 From Chick-fil-A to CSI: Team Member to use $25,000 scholarship to study forensics

Pursuing a future in the field of forensic pathology might be a career journey that some wouldn’t be able to stomach, but Bailey Wilhoit knows she has the fortitude to make it.