What does it take to create meaningful change in our world? Communities everywhere need strong leaders to inspire, impact, and influence others.

So, maybe the question we should be asking is who?

Henry Rowlings, a teacher, football coach and baseball coach at Cambridge High School in Milton, Georgia, is one such leader. He sees the same leadership potential in many of his students that his teachers once saw in him.

Henry, and more than 190,000 students across America in the past decade, have been a source of lasting impact through Chick-fil-A Leader Academy, a national leadership development program in local high schools sponsored by Chick-fil-A® Operators.

Inspired by the call to do something good in the community, Henry got involved with the organization during his high school years at Walton High School in Marietta, Georgia. The program taught him how he could both inspire and collaborate with others to make the greatest impact, culminating in Henry and his fellow participants organizing a carnival specifically for children with special needs. A turning point for Henry during his time in the program was correcting the misconception that leaders need to be a certain age or grade to make a difference. He learned the value of being more vocal about his thoughts and viewpoints, while also taking the time to listen and understand the unique insights of others.

“Through my time in Chick-fil-A Leader Academy, I learned that leadership comes in all forms and fashions and that the mindset of serving others can be applied at all ages and stages of life,” said Henry. “Everyone has a unique perspective they bring because of different life experiences.” 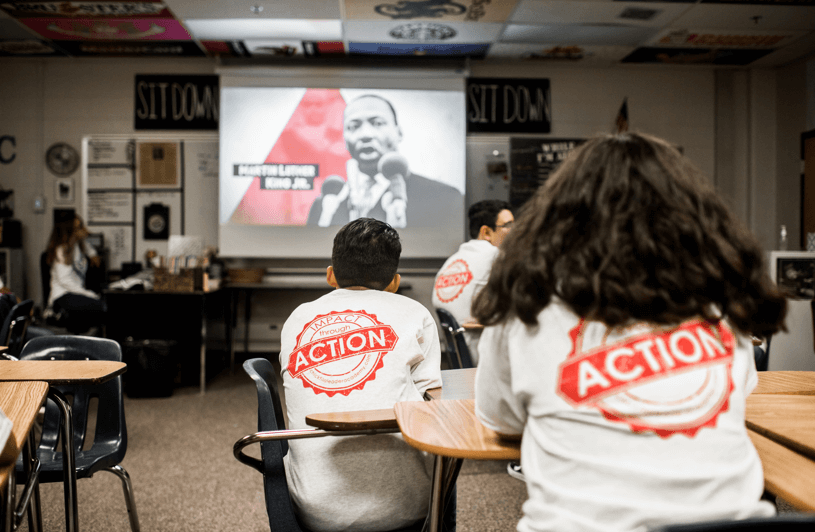 Now, in his second year as a Chick-fil-A Leader Academy facilitator, Henry is more motivated than ever to use the leadership skills he learned in the program to help develop the next generation of leaders.

"I want students to know that leadership is cool,” said Henry. “As leaders, we may never see the fruits of our service, but that’s true leadership. It may not always be the popular choice, but true leaders don’t expect that kind of recognition.”

Participating Chick-fil-A Leader Academy students practice servant leadership, learn the value of teamwork, take part in innovation and develop meaningful communication skills necessary to impact those around them. Chick-fil-A restaurant Operators partner with local high schools to help teachers develop the next generation of leaders. The seven-month long curriculum equips students with the necessary skills to make an impact in their communities through service projects. Participants in the student-led, student-run organization get the chance to be in charge and facilitate their own ways to give back.

Chick-fil-A Woodlawn Square Operator Danny Daniels has been involved with Chick-fil-A Leader Academy since its inception, sponsoring Walton High School. Over the years, he has witnessed students’ impact firsthand through the service projects they execute.

“Developing students into people who inspire and seek to serve others is something we’re so glad to be a part of,” said Danny. “Since the beginning, this program has provided an avenue for young people to do good in the community.”

By engaging students in what interests them, exposing them to unique ideas and insights and equipping them with the tangible tools they need for their own leadership journey, Chick-fil-A Leader Academy has amplified the powerful ways students can reimagine leadership.

Each year, the Chick-fil-A Leader Academy curriculum program begins with an in-classroom Classroom Kickoff Experience — a celebratory gathering in which students get an overview of what they will learn and get to meet their sponsoring Operator.

Then, the students focus on learning about leadership and begin planning for a Do Good December service project, often benefiting underserved youth in their local communities. In the second semester, students work toward preparing for their final capstone: Impact Projects. Students are encouraged to select their service project based on their passions. Henry, who has a family connection to the special needs community, organized the carnival and brought the community together through a common cause. Ultimately, these projects, which can range from charity softball games to cultivating a community garden, give students the opportunity to utilize the leadership skills they’ve learned in the classroom to make a real difference in their communities. 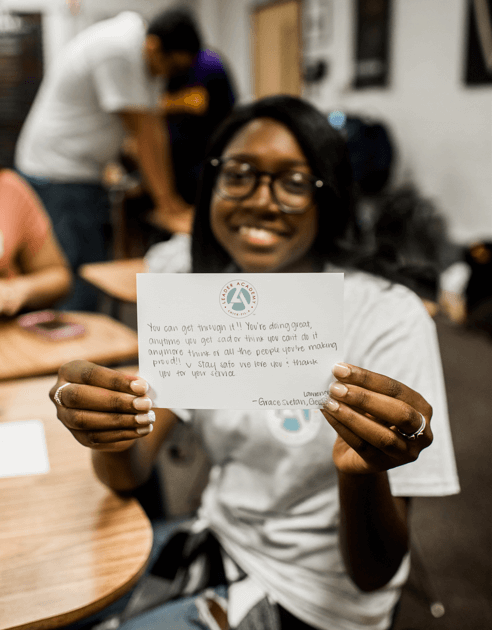 Since 2013, over 2.5 million people have been directly impacted by the efforts of participating high school students nationwide, and the program continues to expand. Originally piloted at three high schools, Chick-fil-A Leader Academy has since grown to support more than 1,050 schools across 43 states.

This year, the program is celebrating its 10th anniversary by extending its reach through the 1 Million Book Giveaway, a service project focused on advocating for literacy for underserved youth across the country. Chick-fil-A Leader Academy is partnering with the publisher responsible for the Kid’s Meal books at Chick-fil-A® restaurants to make this a reality.

Over 1,000 participating schools and 30,000 students nationwide are teaming up to distribute the books to elementary-aged students within their school district, children’s hospitals, local charities and more. Students will also have the opportunity to connect with the recipients of the books by writing notes of encouragement, and in some cases, getting to read the donated books to them.

Henry hopes Chick-fil-A Leader Academy will only continue to grow and succeed in helping young leaders reach their full potential, in the same way it did for him and he has helped others do. Last year alone, over 28,000 students participated in the program, performing almost 400,000 hours of service across the country. Last year, across student Impact Projects conducted nationwide, more than 10,000 people benefitted from their efforts within their corresponding communities.

“The program has evolved and expanded so much since I was a student,” said Henry. “It’s become more interactive and is clearly impactful as more students get involved.”

With the involvement of students, their schools and local Chick-fil-A Operators, the development of the next generation of caring leaders is ongoing. In fact, a recent survey revealed that 98% of students plan to continue serving others after their experience with the program.

“This is a program that all young people need,” said Henry. “Our society needs more true leaders, and the good that students can do through Chick-fil-A Leader Academy will only extend to what they'll do in the real world.” 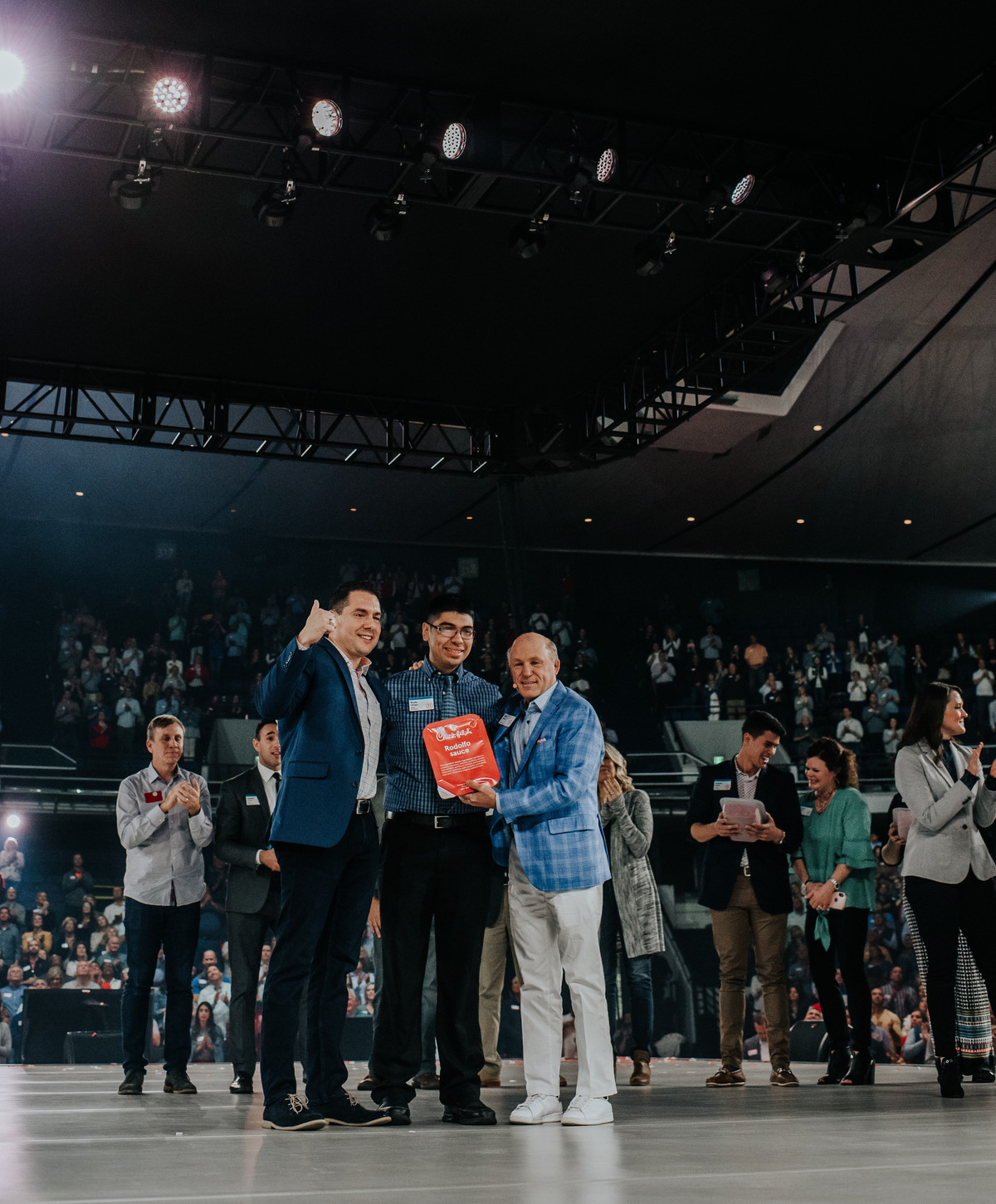