A Chick-fil-A restaurant and the emergency room may not seem to have much in common, but according to Kristine Steinmeyer, “there aren’t many places that are as fast-paced, or where people desire to be cared for more.”

Today, Kristine is a registered nurse in the ER, working tirelessly on the frontlines and caring for her patients every day with a smile. For Kristine, making her patients feel valued and heard is not too different from working as a Team Member at her local Chick-fil-A restaurant.

“Being able to have all my patients feel cared for and understood and listened to — I learned that skill from Chick-fil-A,” she said.

“I really felt like they cared about my future and that I got my degree, so they were willing to be gracious with me and work with my schedule,” she added.

As she juggles the demands of the ER, Kristine says she continues to rely on the skills she learned working at her Chick-fil-A restaurants and that made her feel cared for as a nursing student. 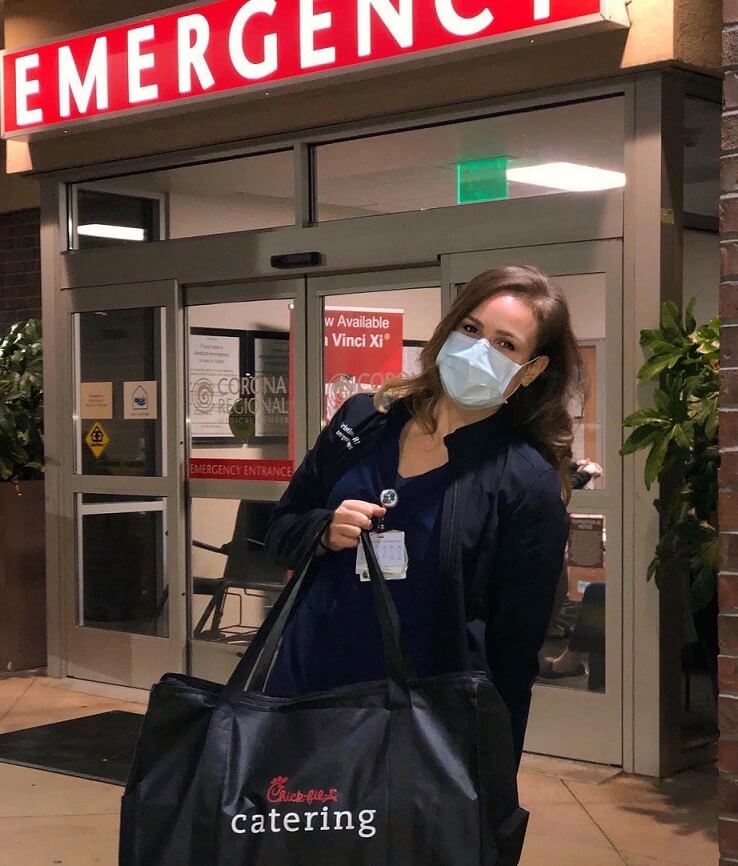 “I learned from Chick-fil-A that you walk in these doors and it doesn’t matter who you are…You are valuable and cared about.”

Want to grow your career with Chick-fil-A? Many Chick-fil-A restaurants are hiring! Learn more about job openings at a locally owned restaurant near you.