The story behind Chick-fil-A Iced Tea

When Ronnie Osborne steps off the plane in South America, he’s on a mission. A microbiologist by training, he’s now one of the country’s most respected tea buyers, and part of a team responsible for ensuring every glass of iced tea poured at a Chick-fil-A restaurant nationwide has the same color and flavor as the original blend selected more than three decades ago.

When you ask around Chick-fil-A for the history of their famous iced tea, you’ll get a common answer: “that was before my time.” Steve Hester began purchasing food for the company 33 years ago and admits the iced tea recipe outdates him, but remembers the company, “wanted a proprietary tea blend, made exclusively for Chick-fil-A.”

They found it at Tetley, and the blend has remained unchanged for more than three decades – served only in Chick-fil-A restaurants.

Tetley purchases millions of pounds of tea each week from as many as 35 different countries, and the blend made famous by Chick-fil-A is sourced from estates around the world. The tea is inspected daily by skilled tasters using what’s called organoleptic analysis, which is a fancy way of saying it’s brewed and tasted to ensure consistency in flavor and color.

“When it comes to iced tea, color and clarity are quality attributes,” explains Ronnie Osborne, Tetley’s tea buying and blending expert. “They are just as important as flavor.”

In the case of Chick-fil-A’s blend, tea is selected to produce a dark amber color, while the flavor is designed to pair well with real sugar and fresh lemon (coincidentally, two of the three ingredients in Chick-fil-A Lemonade, making the two drinks a perfect pair).

As with Chick-fil-A’s THRIVE Farmers coffee and lemonade, Chick-fil-A restaurants use filtered water to make their tea. That’s important because unfiltered water can produce a cloudy appearance once the tea is chilled. To ensure consistency, special brewing machines are used in each restaurant and are specifically calibrated to produce the exact color, clarity and flavor customers have come to love.

“It’s a great blend,” Osborne says. “It hasn’t changed since day one.” 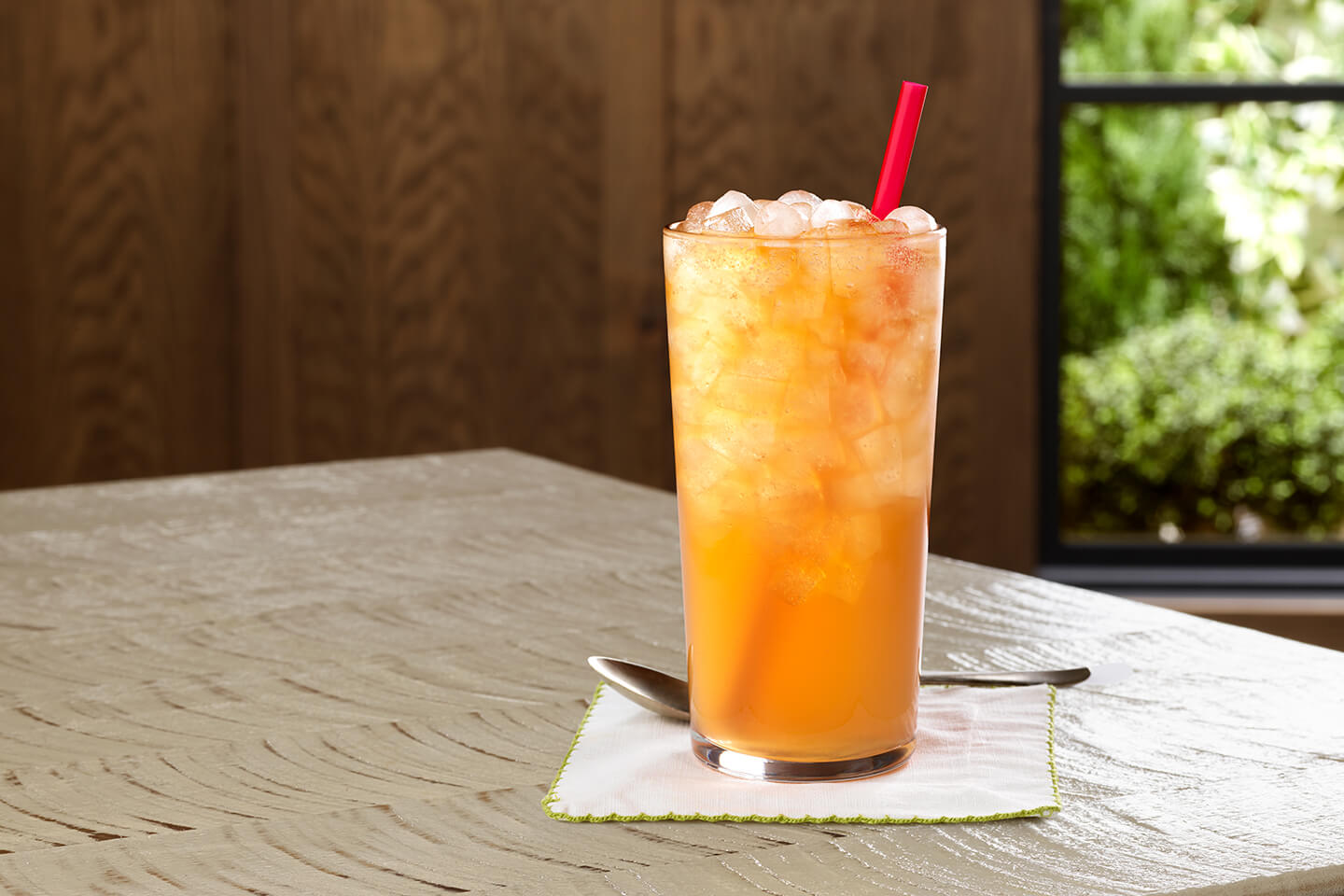 Summer is here! And so is Chick-fil-A® Mango Passion Tea Lemonade