Eating at the ballpark has never tasted so good!

Batter up! With opening day right around the corner, baseball fans are eagerly awaiting the crack of the bat, the smell of freshly cut grass and the taste of peanuts, hot dogs and, in some cases, Chick-fil-A.

For fans in Atlanta, Philadelphia and Houston, there’s another reason to love going to the stadium: the food, and we hope you’ve saved room for Chick-fil-A® Chicken Sandwiches.

Here are the stadiums around the country that serve Chick-fil-A (except on Sunday, of course): 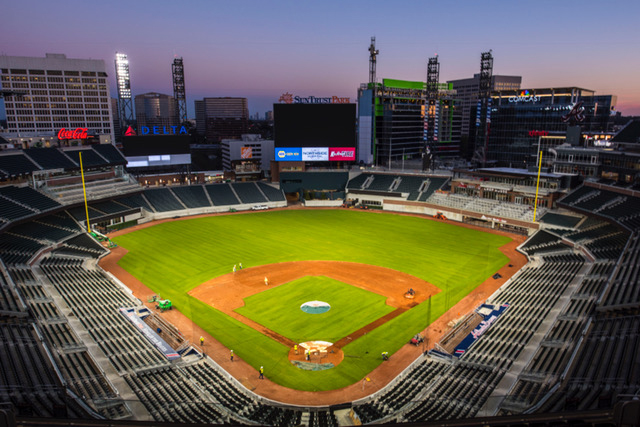 The Atlanta Braves opened their 2017 regular season in a new home – SunTrust Park. The newest stadium in the Major League features some of Atlanta’s best names in dining, including local barbecue, Fox Bros., H&F Burger and, of course, Chick-fil-A. Fans can also check out “Below the Chop,” a restaurant offering field-level views under sections 156-160.

When you stop by the Chick-fil-A location inside SunTrust Park, be sure to check out the separate line just for milkshake orders and the refurbished Chick-fil-A “Eat Mor Chickn” Cow, standing 40-feet tall at right-center field. 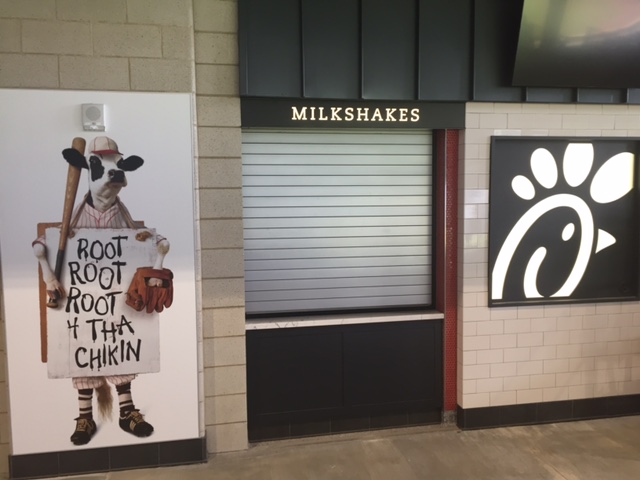 Where to find Chick-fil-A: Chick-fil-A is located behind 3rd base on the field level of the stadium in section 143. 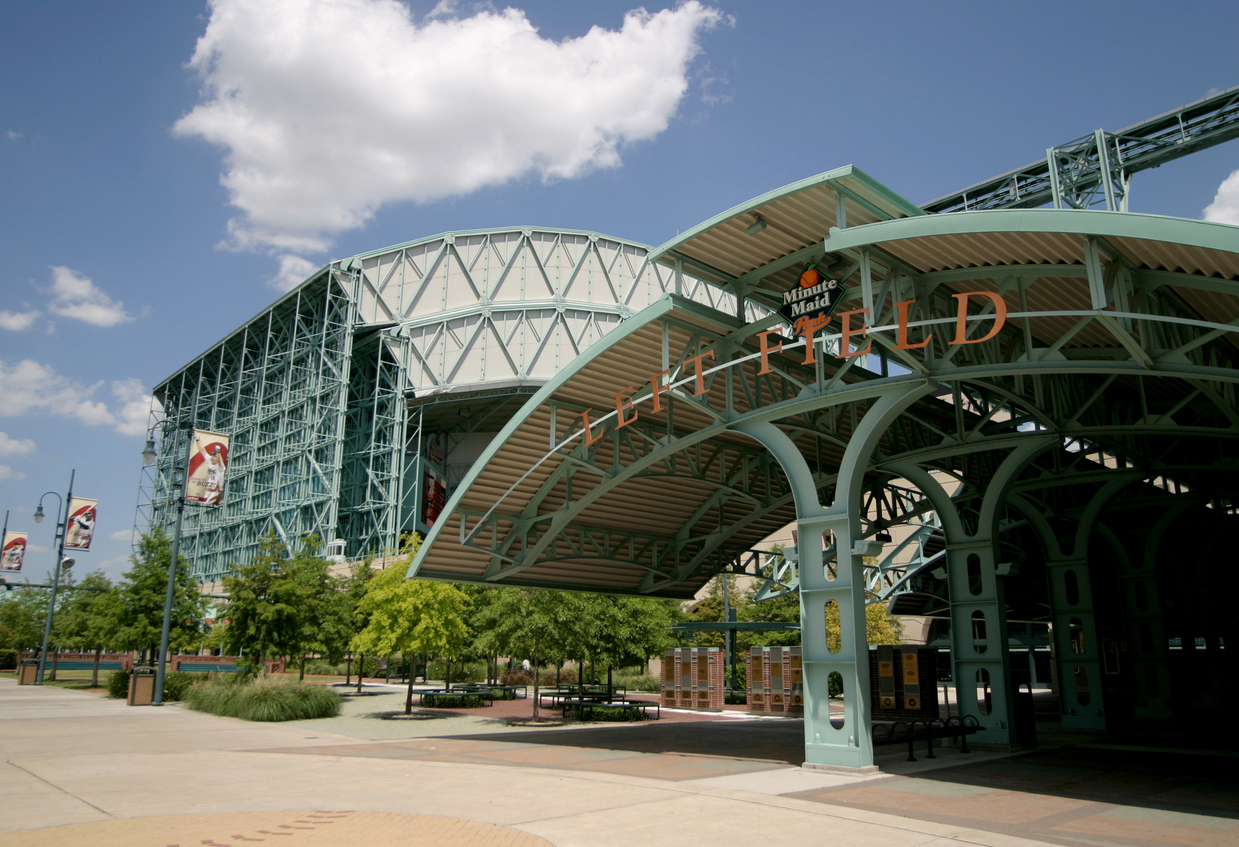 On rainy days, Astros fans at Houston’s Minute Maid Park stay dry under the stadium’s 242-foot-high retractable roof – the first of its kind in the city. The park also has an interactive 19th century train above left field that runs on an 800-foot track during games. The train is meant to symbolize the city’s development during the railroad era. 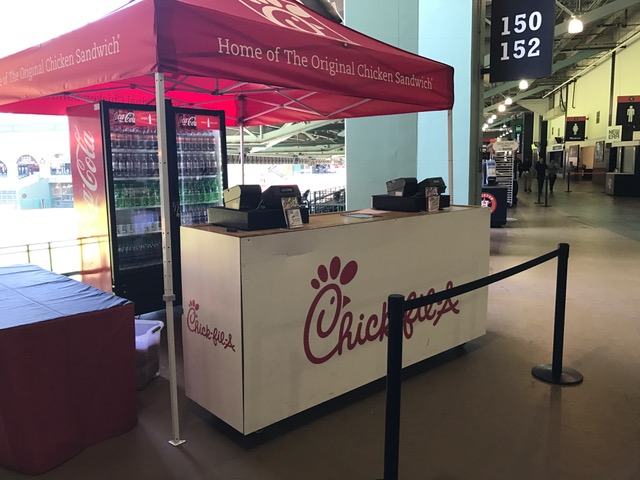 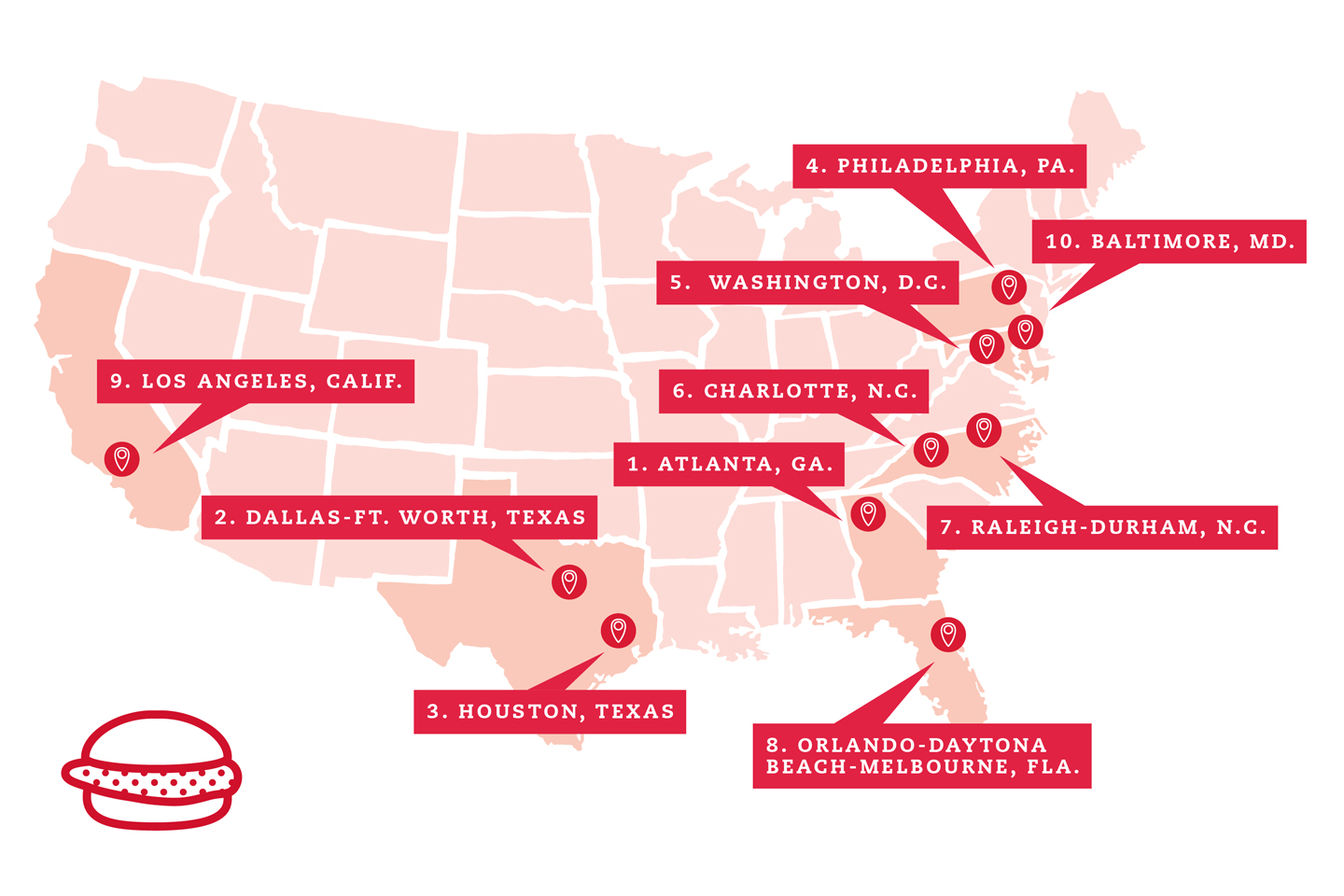 Which City Eats the Most Original Chicken Sandwiches?

Chick-fil-A’s original chicken sandwich is fairly simple – a breaded chicken filet on a toasted bun with two pickles – but it remains the most popular entrée on our menu. Cities coast to coast clamor for the original chicken sandwich, but only one earned the title of Chicken Town, U.S.A. Can you guess which city loves our classic sandwich the most? 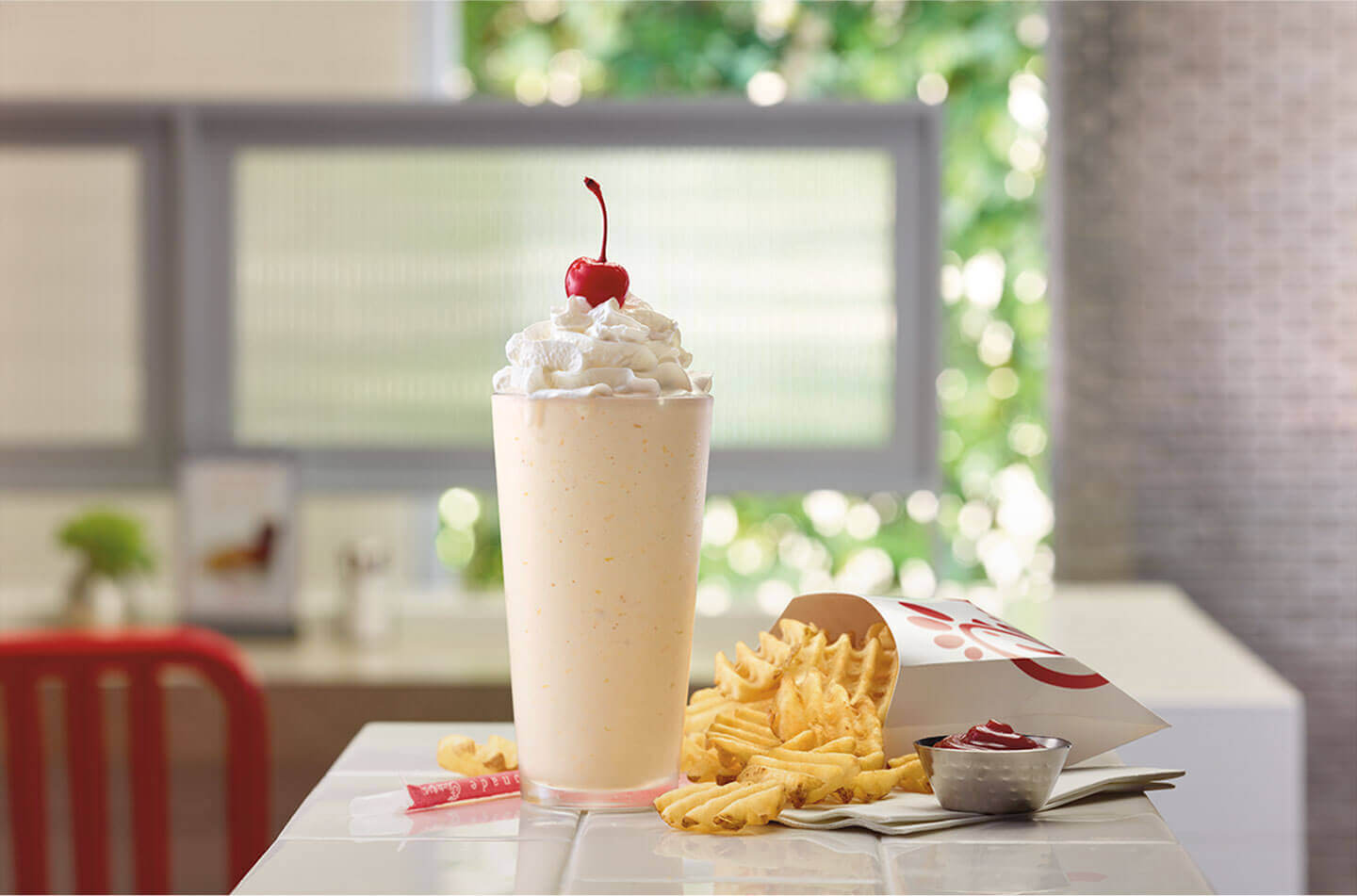