Leah Carroll and Emily Geyer didn’t know each other when they walked into a Chattanooga Chick-fil-A. Now the world knows their story.

They greeted in the park as if they were old friends: The two moms, Leah Carroll and Emily Geyer, embraced. Geyer’s three children — Crawford, Lawson and Eve — arrived swinging colorfully packaged gifts for Carroll’s 4-year-old son with special needs, Malachi. Even though that sunny playdate in early June was only their second encounter, it was clear the families had already made a lasting impression on one another.

“Seeing that type of kindness toward my son is rare,” Carroll says. “And so it’s special when it happens.”

Carroll first experienced the Geyers’ particular brand of kindness in early May, and her Facebook post about that meeting has since gone viral. It all started when, needing a break, Carroll and Malachi went to lunch at their local Chattanooga, Tenn., Chick-fil-A. As they made their way to sit down with their food, Geyer’s 5- and 3-year-old sons started loudly asking Geyer questions about Malachi’s differences and his wheelchair.

After initially trying to quiet them, Geyer them took them over to meet Malachi face-to-face.

“To my kids he was just another kid, and they introduced themselves,” Geyer recalls.

For Carroll, the gesture had much greater meaning.

“As they said their names, my little Malachi started grinning from ear to ear and jabbering back to them,” Carroll said in her Facebook post. “The joy on his face brought tears to my eyes — he loves kids his age but so many are fearful to come and speak to him.”

Noting that special needs moms have “tough skin” and aren’t easily offended, Carroll went on in the post to commend Geyer for enabling her kids to learn about another’s differences — and encourage other moms to do the same.

“Your boys continued to ask questions about his foot braces, his wheelchair, why his legs don't work, why he holds his mouth open like that,” Carroll wrote. “You took the time to educate your sons in that moment and help them understand that different is okay. Different is not something to fear. “

“I’m sure I’ve messed up these types of instances a lot of times with my kids and maybe not handled it the right way,” Geyer says. “But I’m just really grateful for that one day, to be a blessing to someone else. And in turn they have been such a blessing to us.”

Carroll’s Facebook post, which she originally hoped a few friends might see, has been shared more than 75,000 times. One of the many people who saw it after it went viral was Geyer’s husband, who’d heard the story of their interaction at Chick-fil-A. The two women began corresponding over e-mail soon after, and arranged to meet again.

Here is their touching reunion. 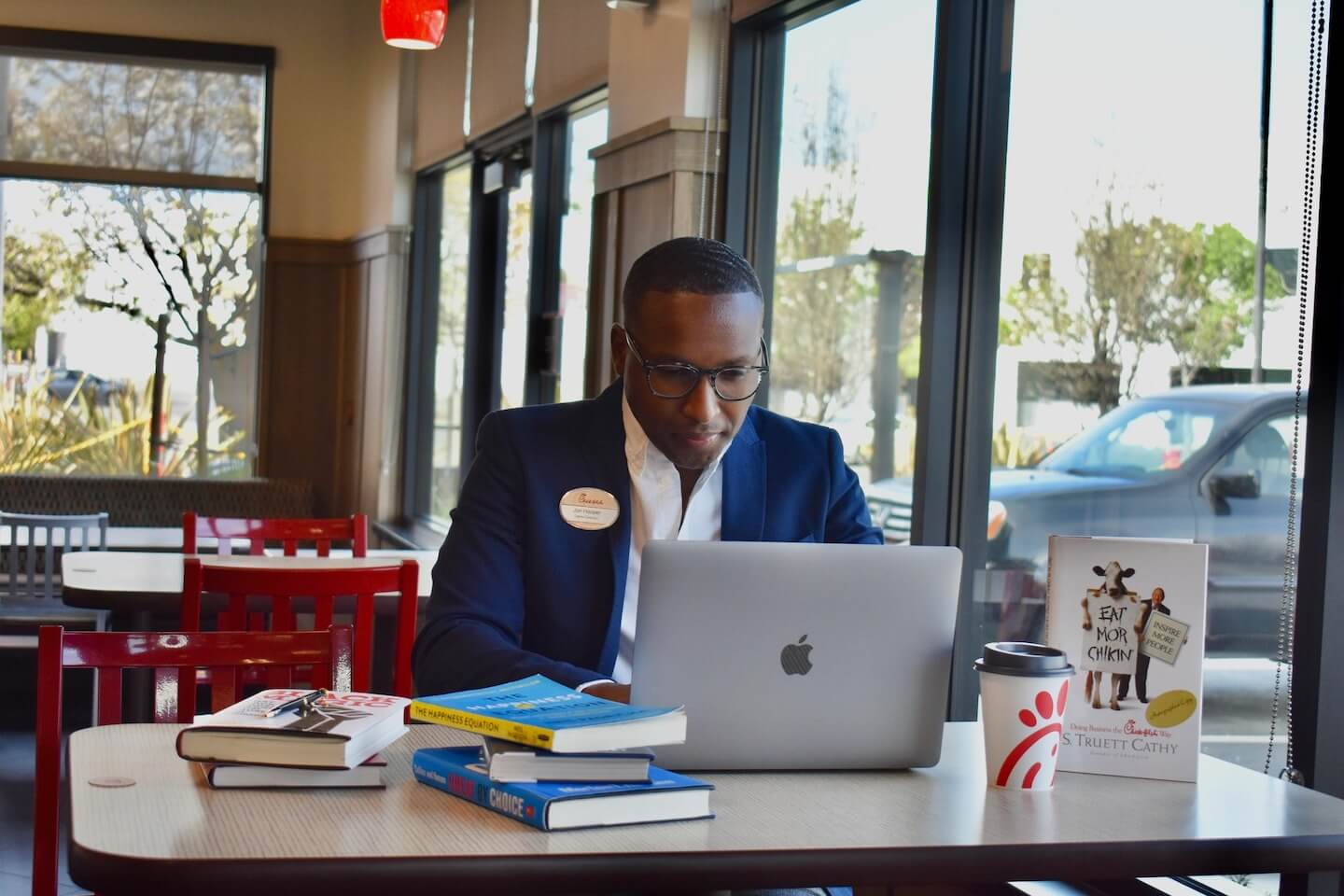 From a 16-year-old Team Member to Operator: Meet Jon Hooper, a California native focused on community in the Bay Area