ATLANTA, Ga. (June 1, 2017) – Chick-fil-A® announces today a new initiative that nearly doubles the company’s prior investment in Team Members’ college educations – providing nearly $9 million in scholarships this year, as well as access to tuition discounts and other benefits at more than 80 colleges and universities nationwide. This month, more than 3,400 student team members will be awarded scholarships from $2,500 to $25,000 to begin or continue their education at the institute of higher education of their choice.

In 2016, Chick-fil-A announced that it would more than double the financial contribution to its longstanding scholarship initiative, and this year that total has increased two-fold again. The scholarship initiative, called Remarkable Futures, allows students employed by the chain’s franchisees to receive up to $25,000 in scholarships to be applied at any accredited institution of their choice, including online and on-campus formats, and can be combined with tuition discounts and other educational benefits at participating institutions.

This investment in Chick-fil-A Team Members represents a significant, industry-leading initiative, both in the number of scholarships given (more than 3,400 in 2017) and total financial investment in Team Members (almost $9 million). Chick-fil-A scholarship recipients have the flexibility to apply the funds at the traditional campus or online institution of the student’s choice, and there is also no length-of-service requirement associated with eligibility. Because the goal of this initiative is to build community leaders, scholarships will be awarded based on factors like leadership and community involvement, in addition to academic achievement.

“We’re so proud to award 3,436 amazing Team Members the funds to aid in their educational pursuits. The future is bright for these students and we are so glad to have been given the opportunity to know them personally at each one of our restaurants,” says Rodney Bullard, Vice President of Community Affairs at Chick-fil-A and Executive Director of the Chick-fil-A Foundation. “These scholarship initiatives allow us as an organization to invest in our Team Members beyond the restaurant, giving them the tools to achieve their goals and dreams.”

• Chick-fil-A Leadership Scholarship: In 2017, 3,424 students will receive a $2,500 scholarship for the 2017-2018 academic year, with the ability to re-apply for up to four years – for a potential total of up to $10,000 for college while working at a Chick-fil-A restaurant. These scholarships are awarded to Chick-fil-A Team Members based on leadership, academic achievement and community involvement.

• True Inspiration Scholarship: In 2017, 12 students will receive an individual, one-time award of up to $25,000. These scholarships will be awarded to Chick-fil-A Team Members based on leadership, academic achievement, community involvement and demonstrated financial need.

• Educational Assistance Opportunities: In addition to scholarships, Chick-fil-A is offering Team Members access to tuition discounts and other educational benefits at more than 80 colleges and universities across the country. The benefits can be combined with either of the above scholarships. Opportunities and eligibility vary by school, but educational benefits include tuition discounts of up to 30 percent and are effective immediately.

Atlanta-based Chick-fil-A, Inc. is a family owned and privately held restaurant company founded in 1967 by S. Truett Cathy. Devoted to serving the local communities in which its franchised restaurants operate, and known for its original chicken sandwich, Chick-fil-A serves freshly prepared food in more than 2,100 restaurants in 46 states and Washington, D.C. 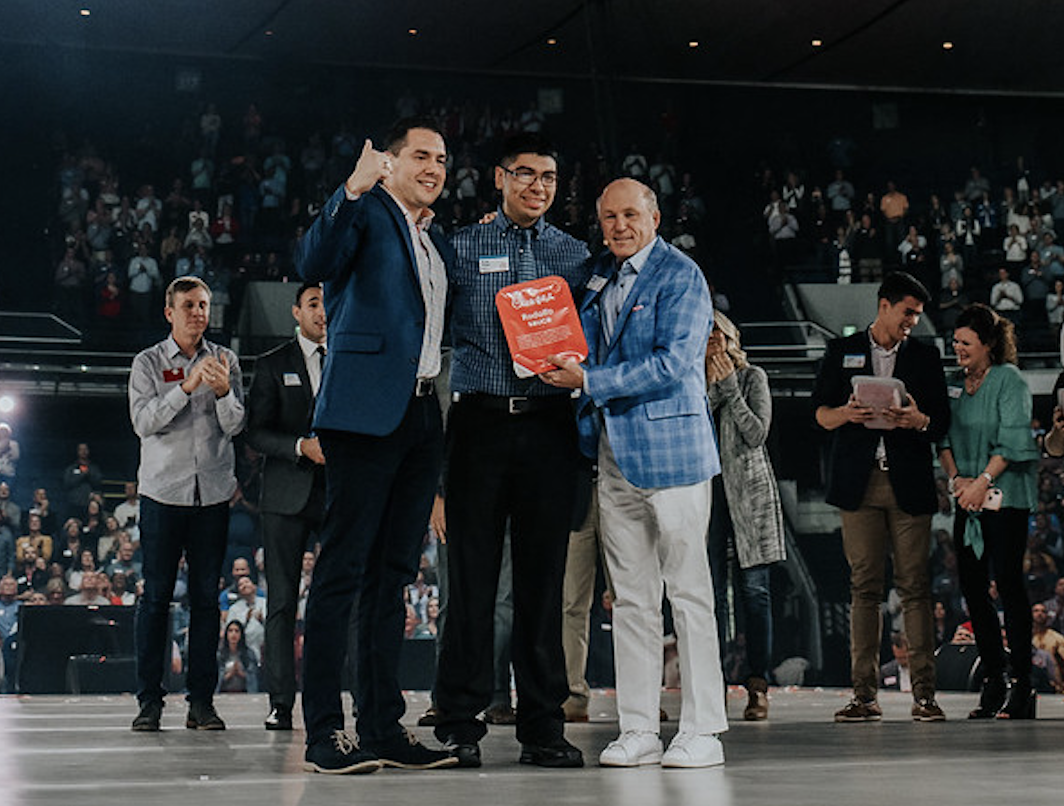