Start your day off right with new protein-packed breakfast options

ATLANTA, Ga. (Aug. 29, 2016) – Chick-fil-A customers in the states of New York and New Jersey, and cities of San Diego, Columbia, SC, and Washington, DC will be the first to taste three new breakfast items this fall[1]. In an effort to offer both classic customer favorites, and breakfast options with new flavors, Chick-fil-A® is testing a new Hash Brown Scramble – that can be served in either a bowl or as a burrito-  and an Egg White Grill Bowl. The same restaurants will also test a new Berry Protein Blend breakfast beverage. The new breakfast items will be available at participating restaurants during breakfast hours.

A great option for customers on-the-go, the new Berry Protein Blend is a substantial breakfast beverage made with chia seeds, ancient grains, mixed berries and yogurt. It’s handspun with a small portion of Chick-fil-A’s signature Icedream® and topped with Honey Brown Sugar Granola for an extra crunch. The Berry Protein Blend beverage has 340 calories and 23 grams of protein.

“More people are eating breakfast away from home, and we want to meet the needs of our guests by providing breakfast options that span a variety of nutritional needs, tastes and ingredients,” said Matt Abercrombie, senior consultant of menu development. “In addition to our classic breakfast offerings our customers know and love like our Chick-fil-A Chicken Biscuit or Chick-n-Minis, we’re excited to offer three new breakfast items for our customers to try and help us determine whether or not we launch them nationwide.”

In addition to the menu items that Chick-fil-A is testing in select markets, customers will also be able to order the Chicken Egg & Cheese breakfast sandwich on the newly added English muffin.

The new breakfast items will only be available in participating restaurants during the limited-time test, from August 29 to November 5. Chick-fil-A will evaluate customer feedback following test to determine if the new menu items will rollout nationwide in the future.

Customers are encouraged to contact their local Chick-fil-A regarding menu item availability. 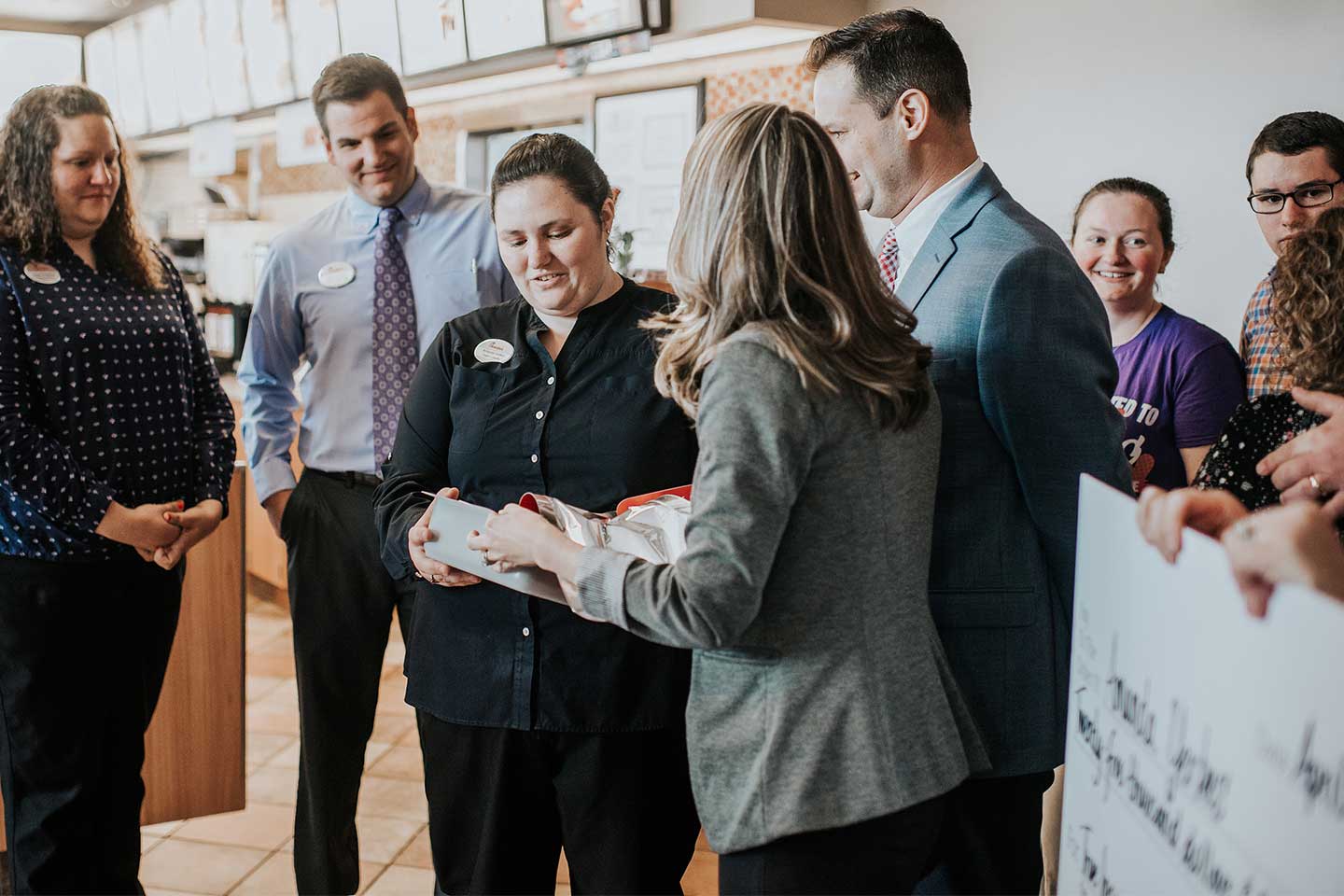 From day one, Amanda Yerkes has been passionate about helping others. As a young child, her father was diagnosed with cancer and lost his job during his fight with the disease. Her family used all their savings to pay for the necessary treatments and, recognizing there would not be enough money left to help her go to college, she set out to work and save as much as she could to pursue her dream.