The art behind the Chick-fil-A Chicken Biscuit

Check out what exactly goes into making a breakfast favorite

In 1985 – one year before the first stand-alone Chick-fil-A restaurant was built in Atlanta – the Chick-fil-A Chicken Biscuit made its debut. The arrival was part of a plan to, “offer the delicious taste of Chick-fil-A chicken throughout the day instead just lunch and dinner” with a distinctive Southern twist, said Shona Jonson, a senior manager on Chick-fil-A’s menu team.

“Chick-fil-A wanted to bring guests in for breakfast,” she says. “And being in the South, a biscuit was a natural fit.”

Jonson, who joined Chick-fil-A in 1999 (“I’ve made a lot of biscuits,” she says with a hearty laugh), explained that as the company expanded beyond its Southern roots, the idea of chicken for breakfast was a bit of a hard sell.

“But once that little bite of deliciousness landed in their mouths, they were converted,” she says.

The biscuit is now the top-selling entrée on the breakfast menu. Skilled and well-trained biscuit makers arrive before dawn – as early as 4:30 a.m. some days – to begin preparing biscuits for a 6:30 a.m. opening.

“The biscuits are happily handmade from scratch,” said Jonson. “And our biscuit-makers don’t make all of the biscuits for each day all at one time – they make several batches of biscuits fresh throughout the morning. Every 30 minutes, it is time to roll the dough.”

The training program includes a thorough study of the recipe: techniques for mixing, rolling and cutting the dough, as well as how to perfect the art of cooking the biscuits to an internal temperature of 190 degrees Fahrenheit. It’s an intense but necessary regimen to maintain the quality and consistency of an iconic Chick-fil-A menu entrée.

“Baking is both art and science, with a little bit of love thrown in there, too. So, the biscuit-maker is one of the most highly skilled positions at Chick-fil-A,” said Jonson. “The reward is worth the effort – they take a lot of pride in keeping our guests happy.”

Jonson and her colleagues feel a responsibility beyond providing their guests with their favorite breakfast item: preserving the tradition of biscuit-making itself.

“The art of biscuit-making is being lost, and we worry about that at Chick-fil-A,” she said.  “Many children don’t know how to make biscuits, so it’s awesome to introduce the younger generation to this heritage of their past.”

When the culinary team was developing the biscuit 33 years ago, the goal was to create something that could pair well with the celebrated Chick-fil-A Chicken Sandwich. The result was a biscuit that was tender and flaky, but strong enough to hold up to the chicken (or sausage, or egg-and-cheese) filling.

“It just hugs that chicken,” as Jonson puts it. “It’s the perfect combination of salty and sweet, buttery and sour. It really is like an old-fashioned biscuit that Grandma would make.”

The recipe has remained consistent since its 1985 debut, with one significant tweak: trans fats were removed in response to customer requests.

“People have grown to love the Chick-fil-A biscuit, and that makes all of us very happy.”

What better way to start a morning than with a delicious Chick-fil-A Biscuit? It’s hard to pass up that offer. Chick-fil-A has been making the scrumptious breakfast item for decades. Whether you prefer yours with chicken, egg or simply buttered, here are some fun facts guests may not already know about the fan-favorite food! 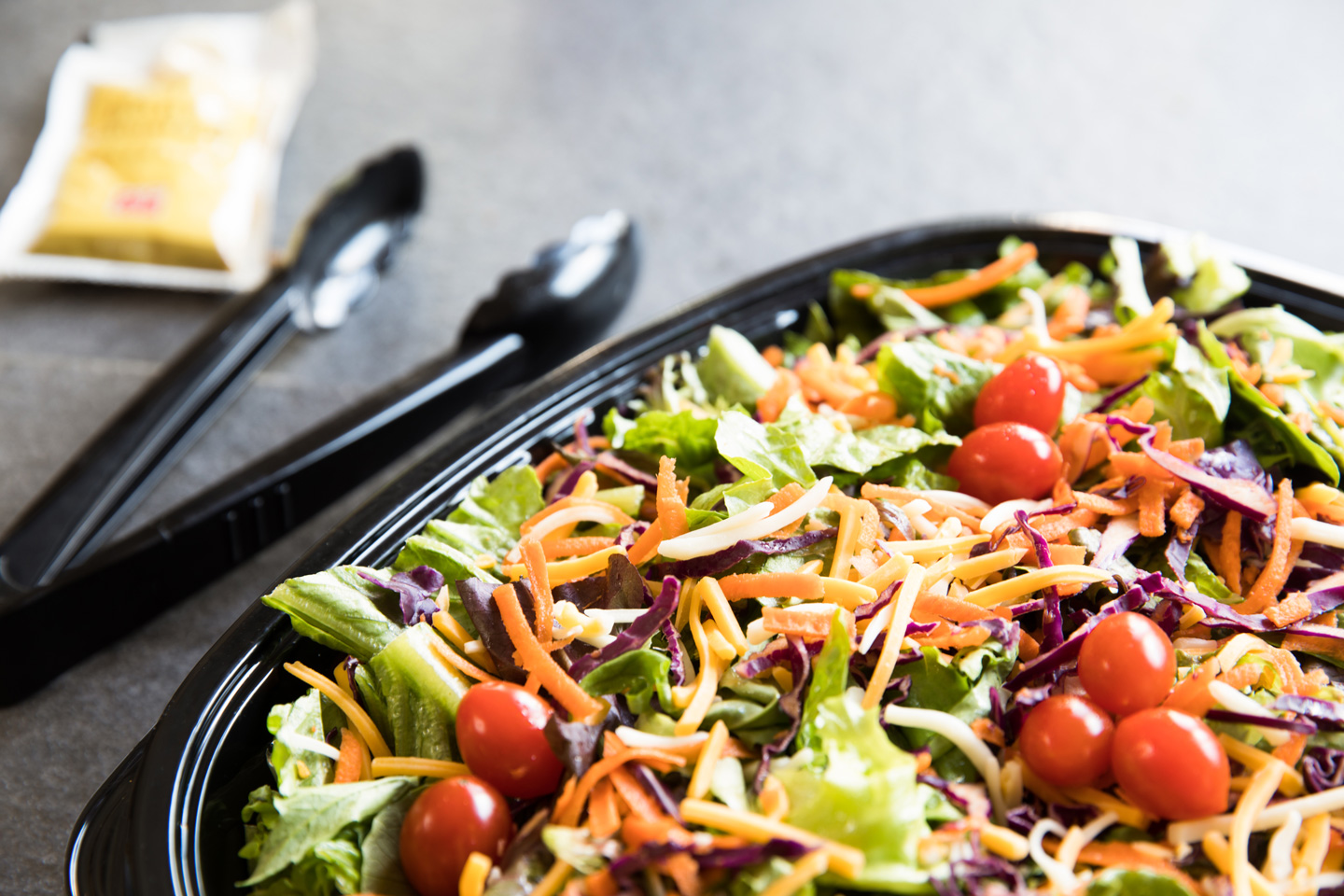 No chicken? No problem. Chick-fil-A options for vegetarians

Getting a balanced meal as a vegetarian can be tough. You’re focused on fueling your body with the right mix of fruits, vegetables and grains as well as getting enough protein. Eating out can provide a particular challenge.

Meet the chef behind the Chick-fil-A Biscuit

To most, biting into a biscuit seems simple enough. But for Shona Jonson, it’s an experience—soft, flaky, golden and buttery—a delicious “pillow of goodness.”