Imagine you just moved into a new neighborhood. You’re excited, a little nervous, and you can’t wait to meet the neighbors.

That’s exactly how Chick-fil-A franchise owners feel as they anticipate the grand opening of their new restaurants.

So how do you meet everyone? Invite them over for the ultimate housewarming party.

Nearly 100 new Chick-fil-A restaurants open each year, and since 2003, customers across the country have been celebrating many of our openings with a First 100® Campout. This is an overnight event in the restaurant parking lot that rewards the first 100 customers with a prize worth waiting for – free Chick-fil-A for a year.

The First 100® Campout is a memorable experience, albeit one that is hard to explain to first-timers with words alone. For the newbies, here’s a look at some of the things you may see when a new Chick-fil-A restaurant opens in your community. 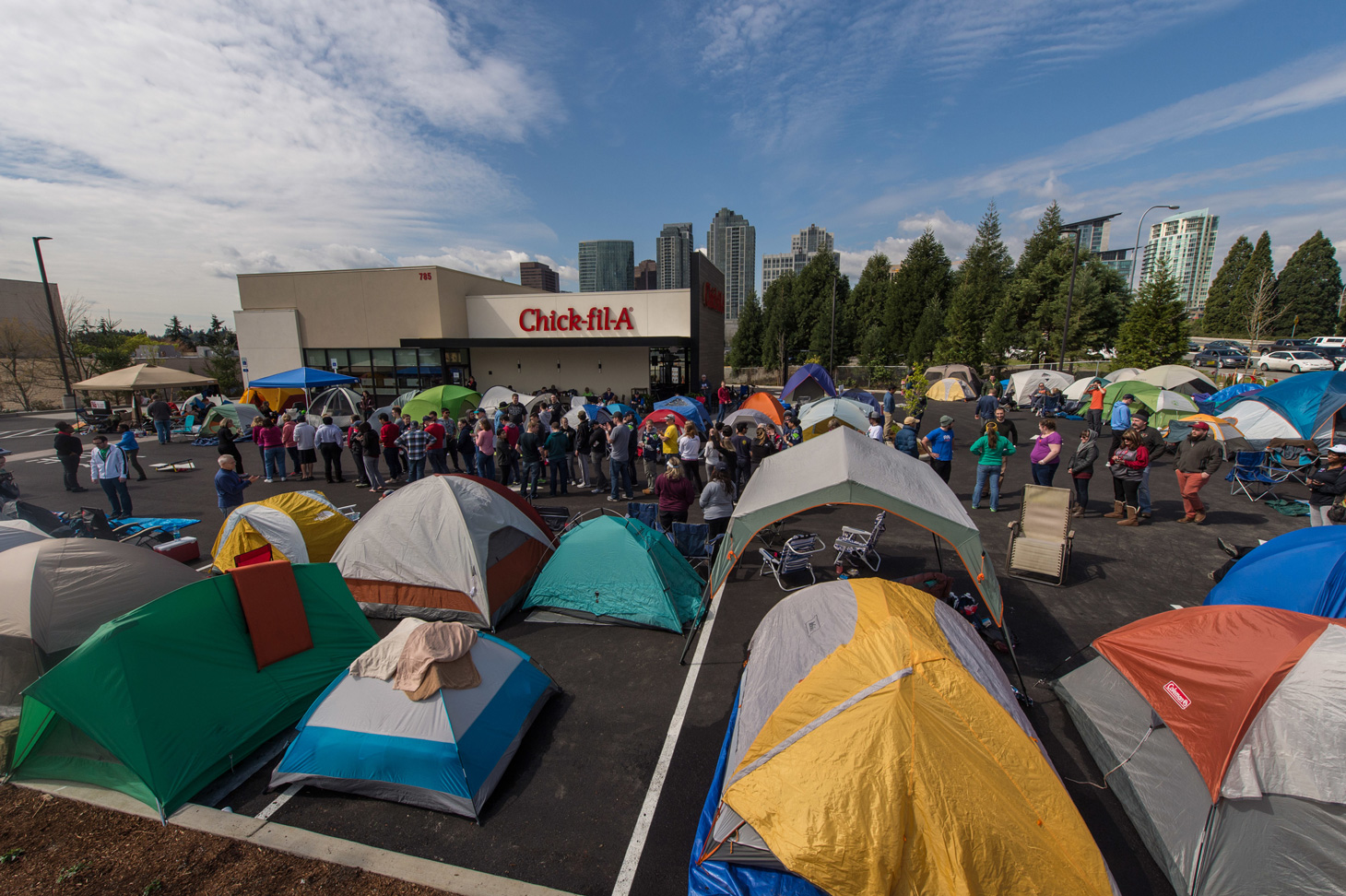 First-world provisions. After all, you are staying in a parking lot for 24 hours.

You may even see scholars, artists and sculptors in action.

Even when we miss class to camp at #CFAFirst100, we #OKBU students never stop working. pic.twitter.com/IbyTln5Pvz

And beautiful sunrises, made to order.

Finally, after 24 hours, the ultimate reward: free Chick-fil-A for a year. 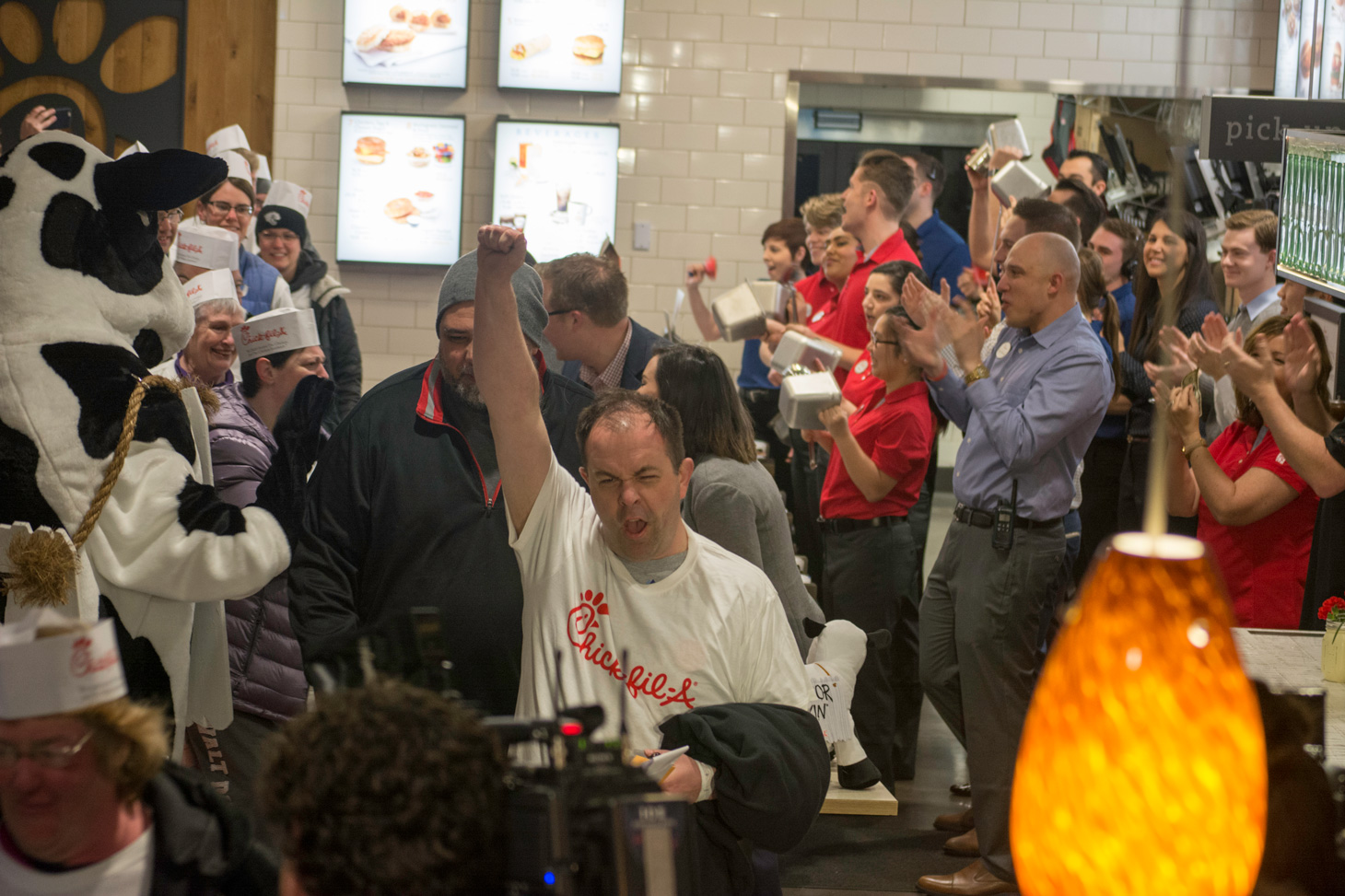 Ready to participate in a First 100® campout? Take a look at our future restaurant openings, official details, and contest rules.

First 100 throwback: where it all began

In October 2003, Chick-fil-A Operator Bruce Ploeser and his team were preparing to open the first free-standing Chick-fil-A in the Phoenix area. The Goodyear, Arizona, grand opening was significant, marking one of the first restaurants in Chick-fil-A’s West Coast expansion. Yet 15 years later, the opening would prove to have far greater significance than his team could have imagined: it was the site of the first-ever Chick-fil-A First 100® Campout.

When a company has been around as long as Chick-fil-A, people tell a lot of stories about it. Some are true – like how Founder Truett Cathy invented the Original Chicken Sandwich – and others are just urban legends. So, what’s fact and what’s fiction? Here are answers to some of the most popular questions people ask about Chick-fil-A.

If you’ve ever driven by a Chick-fil-A Grand Opening, you may have seen a parking lot filled with tents and campers, waiting 24 hours to be one of the “First 100” people to walk through the doors of the new Chick-fil-A restaurant. But did you know some Chick-fil-A locations open their doors by encouraging customers to open their hearts to their communities?