What's so original about it? Everything.

Since its debut in 1964, the original Chick-fil-A Chicken Sandwich has been a hit with millions of people nationwide. What’s the secret to its popularity?

While it seems simple – just a lightly breaded chicken breast with two pickles between a toasted, buttered bun – every part of the Chick-fil-A chicken sandwich is truly an original. And it all goes back to the creation of the sandwich more than 50 years ago.

How it all began

The invention of the chicken sandwich began as the solution to an interesting problem. In the early 1960s, Truett Cathy was running a successful restaurant called The Dwarf Grill in the Atlanta suburb of Hapeville, Ga., when he was approached with an offer.

A local poultry supplier had been tasked by an airline to provide a boneless, skinless chicken breast that would fit in the plastic trays of in-flight meals. The supplier met the challenge but ended up with quite a few chicken breast pieces that didn’t meet the airline’s size requirements. The supplier asked Cathy if he could use them. Determined not to let the opportunity pass him by, Cathy accepted the order.

Cathy had considered adding chicken to the menu at The Dwarf Grill before, but it took too long to cook for his time-crunched lunch patrons – mostly shift workers at the nearby Ford plant and Delta Airlines employees. What he needed was a new way to cook it.

Cathy thought back to his mother’s method of cooking chicken, in which she would cover the pan with a heavy top to simulate a pressure cooker. When Cathy tried this in his own restaurant he found that the chicken cooked faster while remaining tender. So he purchased a commercial pressure cooker that could cook a juicy, tender boneless chicken breast from start to finish in just four minutes.

The cooker itself is only part of what made Cathy’s chicken unique. Since the very beginning, Chick-fil-A’s chicken has been cooked in high-quality peanut oil. Peanut oil is more expensive than other vegetable oils, but Cathy wanted to use only the best ingredients. (Cathy preferred the flavor of peanut oil because it didn’t overpower the taste of the chicken, and because it is naturally free of trans fats and cholesterol.) More than 50 years later, Chick-fil-A still uses this method, and the company is the largest buyer of peanut oil in the country.

When Cathy first started developing his chicken recipe, he experimented with many different seasonings and breadings – always searching for the perfect combination. Each time, he would ask his customers to taste it and offer feedback, until he finally developed the perfect mixture of spices – more than 20 in all!

Once Cathy had his perfectly seasoned chicken breast, he needed to find the best way to serve it. His decision to put the smaller cut of meat between two buttered buns and serve it as a sandwich was a game changer. But it wasn’t complete yet. When he finally added two dill pickle slices, his customers said it was just the right touch.

After countless experiments in The Dwarf Grill, Cathy knew he had the perfect sandwich when he got his final round of feedback from customers: “We like it. Don’t change it again.”

Cathy folded up the recipe and put it in his pocket. From there, the Chick-fil-A® Chicken Sandwich was born. Today, Cathy’s recipe – still unchanged – is locked in a vault at Chick-fil-A’s headquarters in Atlanta, Ga.

What is it that makes this simple sandwich an original? Every single part of it. 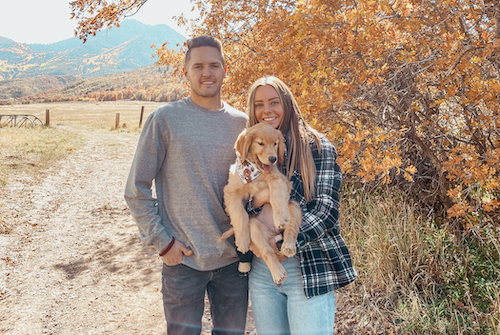 Everything you need to know about Chick-fil-A Catering

If you want to be the most popular person at any office party, baby shower or teacher’s breakroom, we have two words for you: Nugget Tray. If you show up with a platter of delicious Chick-fil-A® Nuggets, you will be loved. It’s as simple as that.