Smiles and cheers erupt from the school bus arriving at the Walton County Boys & Girls Club in Monroe, Georgia. Children between the ages of 5 and 18 break out into a special dance as they disembark the bus. They are excitedly celebrating the day when Chick-fil-A® meals or snacks are served at the after-school program.

As one of five chapters of the Boys & Girls Clubs of North Central Georgia, the Walton County Boys & Girls Club provides an environment for children and teens to reach their full potential. In addition to equipping these students with academic resources and leadership development opportunities, the club also educates kids on the positive impacts of a healthy lifestyle and nourishing their bodies through the Harvest Program. Thanks to donations from local organizations, the program is able to feed the children at the club three days a week, helping fuel them for success.

“It’s incredible what a bag of food can do for these kids,” says Lynn E. Hill, club director at the Walton County Boys & Girls Club. “When these young people come into the club on an empty stomach, they can’t take full advantage of the program. Many of these children can’t get their nourishment needs met at home, so it’s our goal to make sure that every child has eaten a meal, especially during the summer months when school meals are not available.”

Three times a week, Hill and his team retrieve the surplus food that has been packaged by Team Members from Chick-fil-A Monroe through the Chick-fil-A Shared Table program. Hill then distributes that food to approximately 85 children at the club with after-school snacks and dinners to take home each day. Sandwiches, nuggets and fruit cups are an important part of the program’s holistic approach to health, including a balanced diet and exercise.

Additionally, Hill literally goes the extra mile to deliver food to children who are unable to come to the club, as well as their families and other community members, including senior citizens who use the club for fitness. 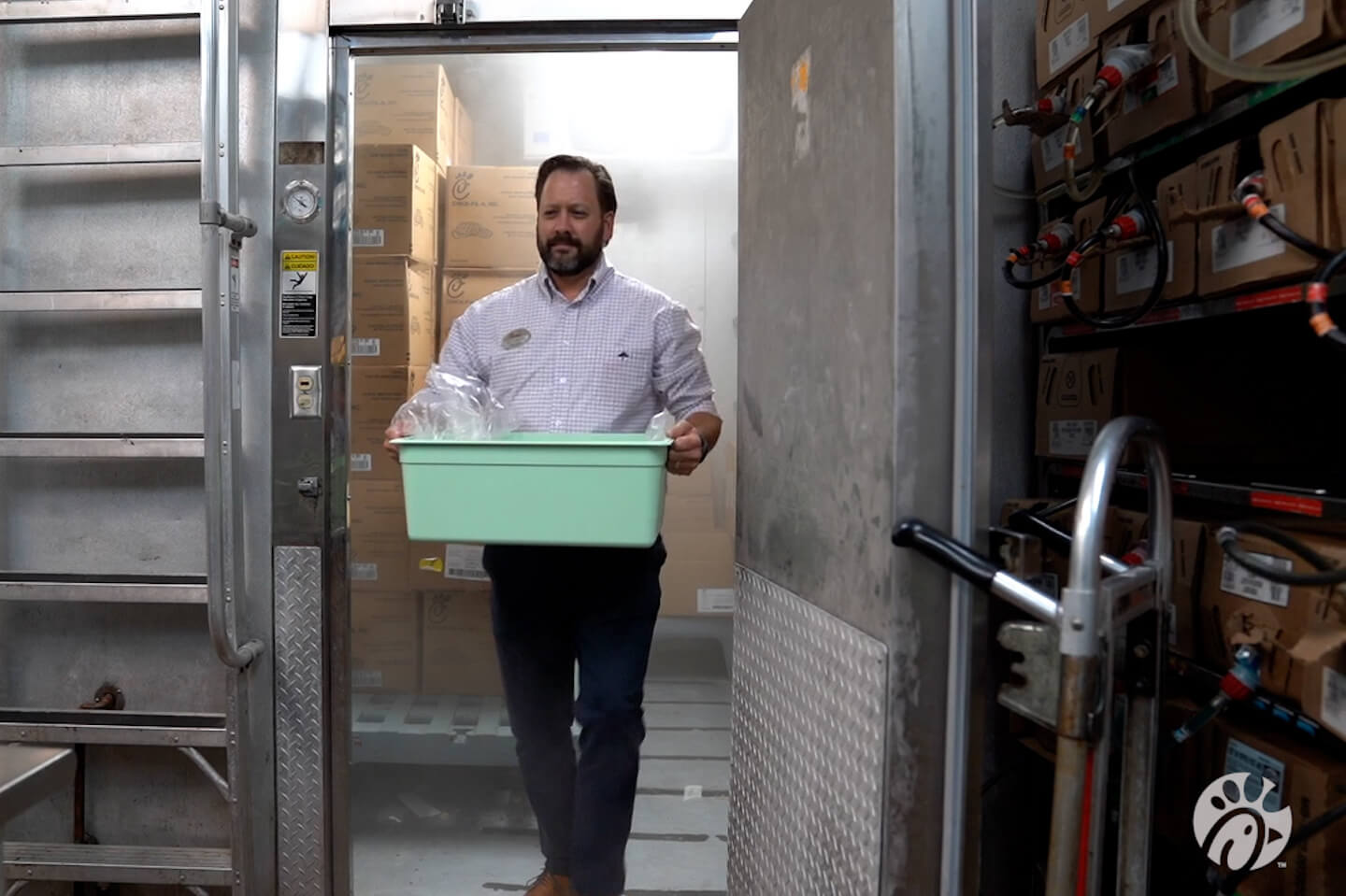 For Brad Lingerfelt, the restaurant Operator of Chick-fil-A Monroe, the Chick-fil-A Shared Table program presented an opportunity to minimize waste, reduce environmental impact and give back to the community. Packaging the surplus food has become part of the daily operational routine at the restaurant. In its fifth year, the partnership helps create more than 6,000 meals per year and has contributed to the mutual goal of the Walton County Boys & Girls Club and Chick-fil-A Monroe: to drive positive change in the community.

“We are so grateful to have the opportunity to serve the community through the Chick-fil-A Shared Table program,” says Brad. “It goes beyond just the customers and the restaurant; from the moment the food enters our doors to the moment it leaves our hands, we are called to be good stewards.”

For Brad, fighting hunger is a passion he shares with his brother, Matt Lingerfelt, who manages the Chick-fil-A Shared Table program for Chick-fil-A, Inc. Matt helps support more than 1,300 restaurants nationwide, like Brad’s, that donate surplus food to those in need through the program.

Inspired by this commitment to give back, each Operator involved in the initiative plays a role in fighting hunger and minimizing environmental impact in the communities they serve.

“Everyone involved in the food donation process at Chick-fil-A Monroe always greets us with a smile,” says Hill. “They truly understand the mission of how important it is to serve these communities.”